With a stunning voice that has drawn comparisons with Dusty Springfield and Imelda May, Shauna's incredible vocal range has won her an ever-growing legion of fans in the North West of England.

The Dublin-born singer's debut EP 'Little Blue' won rave reviews upon its release in April 2012, with David Sue of MEN Media describing it as possessing “a care-worn, after-hours charm, like Imelda May and Norah Jones, crafting songs together around the campfire”.

'Little Blue' also caught the attention of world-renowned singer/songwriter Damien Dempsey, who insisted the talented Irish songstress support him during his show at the Manchester Academy last year. A subsequent mini-tour of the UK won her plaudits from the music press and Shauna's star is only likely accelerate with the release of Rita.

RITA is the latest release from Shauna Mackin, one of the hottest sounds to land in Manchester's vibrant music scene in many years. This achingly catchy number is available on both shaunamackin.bandcamp.com or shaunmackin.com – do not miss the opportunity to get to know music's next big thing.

"Little Blue [possesses] a care-worn, after-hours charm, like Imelda May and Norah Jones, crafting songs together around the campfire" David Sue- M.E.N Media

"Now I don’t know how she got on with her studying, but I’m sure you’ll agree when it comes to her music, what she has can’t be taught. Her voice is simply divine and you don’t have to listen too hard to hear the Irish charm flood through" Simon Poole- Silent Radio/Fresh On The Net 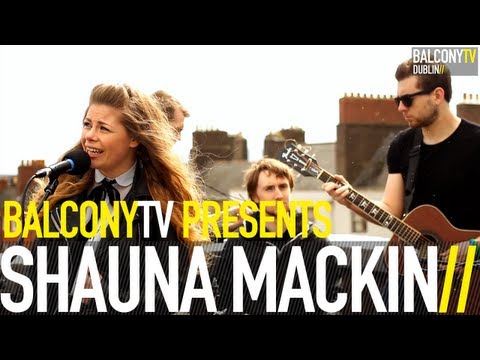