One of the most alluringly aggressive and addictive sounds on the Irish music scene, Last Days of Death Country are a four-piece group that splice honesty and intensity with great effect. The result; a distinct, pulsating, and unreservedly raw brand of alternative post rock.

With a sound that is best described as The Cure meets A Perfect Circle and The Pixies, Patrick O'Brien (lead vocalist and guitar), David O'Dowd (lead guitar) Rob Kelly (drums) and Gary Lysaght (bass), strive to express profound emotion and energy, particularly in their incendiary live shows; an aspect of the band for which they are becoming distinctively well known.

Having recorded their debut EP 'Mode And Effect' with 'The Cranberries' sticks-man Fergal Lawler, mastered by Aidan Foley (Foo Fighters, Sounds Of System Breakdown) and released in Spring '10, the band are building momentum through national tours and high profile support shows, with the likes of David Geraghty (Bell X1), Oliver Cole (formerly of Turn), and most noteably with Bob Dylan, David Gray, Alabama 3 and Seasick Steve in Thomond Park Stadium. With a further release planned this year and work ongoing on material for their debut album, the band are looking forward to bringing their sound to every corner of the country and beyond. Stay tuned for more... 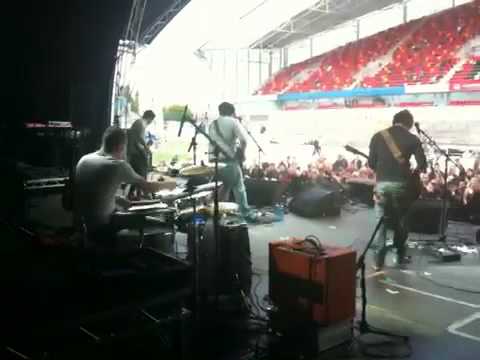