An artist who defies genre, EMMO is a unique and intelligent singer-songwriter, and multi-instrumentalist from Cork. His influences include Hozier, Phil Collins, Joni Mitchel and Gerry Cinnamon.

It's hard to exactly pinpoint where EMMO’s genre lies as his true songwriting ability often leads him to create incredibly different songs. Take "Calla Lily" for example - A song about a turbulent relationship that has a sonic blend of Vulfpeck and Ed Sheeran.

Whereas EMMO's Debut Single "Still" has an epic folk feel reminiscent of The Lumineers and Mumford & Sons .

His song "Uisce Beatha" - which could easily be mistaken as a Brian Deady or Nathaniel Rateliff track, was featured in an advertisement with a distinguished Irish whiskey brand.

Fresh from appearing on the first episode of BBC1’s new Saturday night music show, ‘I Can See Your Voice’ and following up the success of his debut single ‘Still’ in 2020, rising Irish star EMMO returns in 2021 with the joyful follow-up ‘Make You Mine’, released in April 2021.

Channelling the raw emotions that come with re-discovering love, ‘Make You Mine’ is an energetic, soulful and poignant ode to young romance. Recorded during lockdown, the single captures the slick production of an artist with ambition that retains the singer songwriter essence of EMMO’s roots. As a songwriter, EMMO draws from a diverse range of influences, however, it is the unique timbre of his voice that draws you in and leaves you wanting more.

EMMO found himself on the opening episode of the new BBC prime-time show ‘I Can See Your Voice’, aired on Saturday April 10th, 2021, with Patrick McGuinness, Jimmy Carr and Amanda Holden.

Of the single, EMMO says:

“I wrote the song after I met someone that, surprisingly, reignited the rush of emotions one gets when they feel love for someone for the first time after a breakup, when I was convinced I wouldn’t feel it ever again. It captures the impulsivity and excitement you feel from a first love but also the wariness and apprehension you have from being ‘burnt’ before by an old love.”

In October 2019, EMMO was invited to perform at The German Songwriter Awards in Berlin as the judges’ wild card entry. His song ‘Little Bird’ received critical acclaim from a panel of industry judges, including Universal Music & Sony Music, making it through to the semi-finals. As a result, EMMO was chosen as an Official Artist and Brand Ambassador for Ovation Guitars.

Written and recorded at home, ‘Make You Mine’ was produced & mixed by Gary “GKaye” Keane and mastered by Simon Francis.

Before lockdown, Emmo was embarking on a promising trail of performances following a series of sold out Headline shows in Winthrop Avenue, Whelans and The Workmans Club, EMMO is at the cusp of an industry breakthrough.

EMMO has also shared the stage with other up and coming artists such as Stephanie Rainey & Funk Pop sensations Toucan, while also returning from a series of performances in New York.

While EMMO is continuing to develop his sound from one song to the next he most certainly is not letting the constraints of being "Genre Specific" hinder his creative spirit,  which makes him an exciting, unpredictable and fresh-sounding newcomer to the Irish Music scene. EMMO has a tour in association with MCD with dates in Ireland & the UK from Sep 2021 starting in Cork, Dublin, Limerick, Belfast & onwards. Find out more on www.emmo.ie 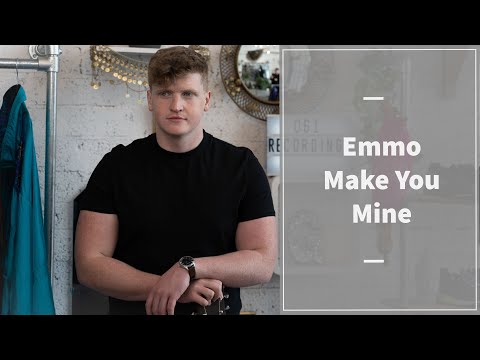 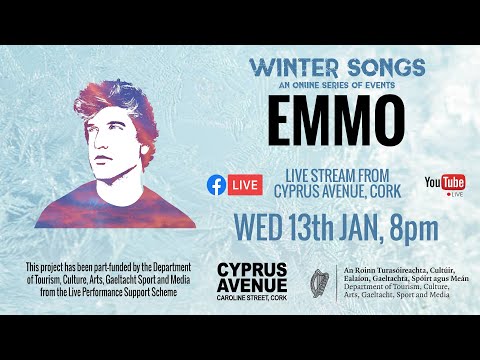 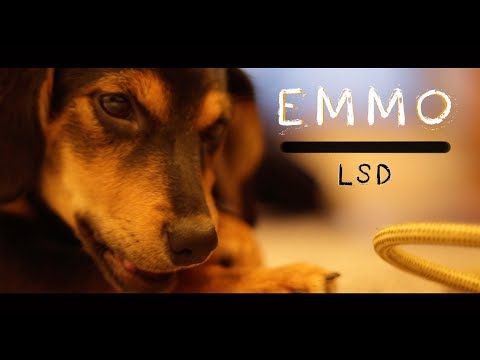 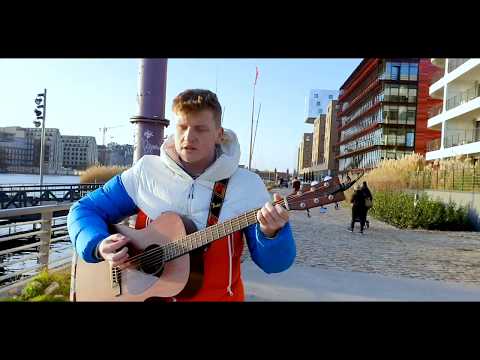