Named after the sacred Indo-Aryan language of South-East Asia... alternative new-wavers Sanzkrit first came to prominence in February 2006 when they unleashed their critically acclaimed five track EP "Yeah but what if". It’s dark emotive melodies and expansive soundscapes struck a chord with Ireland’s underground scenesters whilst also garnering the praises of the music media’s elite. From the shimmering ambience of Futila with it’s emotive melody driven verses and anthemic uplifting chorus, to the bright choppy guitars of the hook laden Nocturne, Sanzkrit had sculpted themselves a unique indie-rock sound. Offset by the provocative cocktail of social observationist prose and fraught cryptic imagery offered by singer / lyricist, Dave Marron.... the formula was complete. By the end of the year, Sanzkrit had earned a place on both the Allison Curtis (Today FM) and Irish Times Best of 2006 lists. Stunning live shows and increasingly growing radio airplay meant Sanzkrit were finding themselves touring alongside some big name bands. The busy gigging schedule allowed the band road test new material whilst further familiarising the Irish gig going community with their trademark sound. In January 2007 the four-piece embarked on their own headlining tour of Ireland, selling out every venue bar one on the twelve date stint. Despite their growing popularity the ’krit maintained the artistic sincerity that had won them their first fans. In the spring of 2007, a year after the release of "Yeah but what if" Sanzkrit returned to the studio to start work on new material. They recorded their debut single Talk of the Town in Sun Studios with highly acclaimed producer Gareth Mannix (Republic of Loose/ Director/The Flaws/Delorentos). Soon after recording the “Talk of the Town” single, in spring 2008 Sanzkrit commenced the recording of their debut album. A gigantic Summer tour followed, climaxing with an unforgettable show at Electric Picnic Festival 2008. Upon release of their debut album "After The Wedding" in September 2009, Sanzkrit's success boomed with rave reviews in the national press, 3 sold out national tours and invites to perform live on 2fm, radio 1, 02 Blueroom and every other station worth talking about. Already well into writting and recording album 2, reports from the studio say that this is just the beginning for the 4 Monaghan lads. First single from second album Midweek Blues OUT NOW FOR FREE DOWNLOAD @ http://sanzkrit.bandcamp.com/
Here are some press clips..

Sanzkrit’s debut album After the Wedding has just been awarded Best Album of 2009 at this year’s DMAs.

“Destined to be a classic of it’s kind, After the Wedding is arguably the best Irish Rock album since Whipping Boy’s Heartworm....... To say that one of the most anticipated home-grown releases of the year doesn’t disappoint would be something of an understatement, for the Monaghan four-piece have delivered a near masterpiece of the genre with this enthralling debut....” 4/5 stars – Hotpress Magazine

“After the Wedding is a record of real quality….. an eclectic collection of songs that show a talent for building a melody and an ear for a catchy hook…. It’s the band’s ability to tell a story that marks this record as something special….. Songs are delicately crafted, built on honest song writing and a lyrical awareness…. beautifully and faultlessly honest.” 9/10 - Andrew Hamilton (The Clare People)

“well-paced, well-produced and accomplished first step….. could do very well on radio…… It’s possible to imagine Sanzkrit as stars, further down the line, they’ve laid some impressive groundwork” - The Irish Times

“You’ve just found your new favourite indie rock band......... With enthralling melodies, swooping choruses and evocative lyrics in equal measure, no stone is left unturned when this band deliver a song....... A Sanzkrit show is what a rock gig is supposed to sound like...... The record has already conjured ‘best Irish album of 2009’ whispers from some of the country’s most esteemed music critics and on first listen it becomes apparent why...... it would be a crime for ‘After The Wedding’ not to end up in your CD collection” – Aideen Farelly (The Cavan Post)

“.... excellent... an album that stays strong from track one all the way to eleven. There’s nothing mediocre about this outfit.” 4/5 – Danny McIlhinney (Mail on Sunday)

“….a unique cutting edge sound…. The music seems to generate from a mix of growing up and living in Irish society. The perspectives and mood around them all seem inherent to the album, which is reflected in the lyrics and melody.”

"The music press in Ireland have it right, Sanzkrit have evolved into something rather special..............they really have found an indie-rock sound now which is quite unique...... genuinely memorable songs.....simultaneously delicate and anthemic." - Frequency Ireland

Strong on melody and lyrical content in equal measure, Sanzkrit create atmospheric, emotive music that is an absolute joy to behold on stage…… Big things lie ahead. – Pete Vamos (News of the World / Phantom FM)

Their first album works best when they turn up the power and pace on tunes such as “Carnivore”, “Hey Hey Hey”, “Croppies Acres” and the blistering opener “Talk of the Town” - (The Star) *** 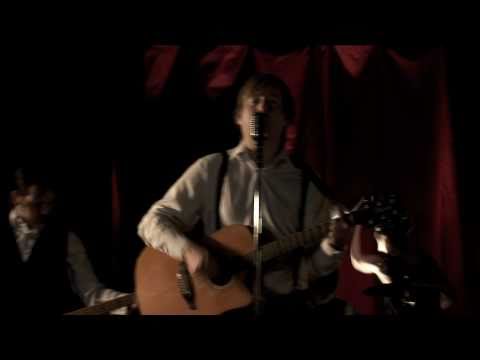