At the bottom of a bog in Ireland, at the early hours of one particular day in august, band members grew due to an unusual chemical reaction between very fertile soil and a slight bit of acid erosion. In Carlow there grew a pretty flower, which rapidly evolved into a man with a spaghetti goatee and a livermade of very old and dated stew recipes. His name was Tom. He played the Glorious Guitar and sang Grungy Vocals. An outcast in England sat on a toadstool and was sucked into a black abyss and pooped out in Carlow. Her name was Katie. She played the Unflappable Drums. Finally there was a lunatic clown who ran away from the circus to pursue a life of crime but soon abandoned this upon stumbling across the sounds emanating from a house in Carlow one day, her name was Doireann and she did whatever the fuck she wanted! Hence with all these freaks in one freaky little town, Krishna had to demand that a band take shape in the form of YouNameUs 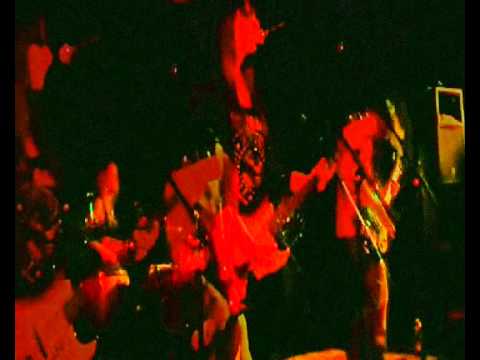