Few bands can boast the kind of striking musical identity as whenyoung. The trio – singer/bassist Aoife Power, guitarist Niall Burns, and drummer Andrew Flood – make some of alternative music’s most compelling new sounds; a soaring, stunning, but still singalong take on musical anthemia, that fuses the storyteller’s nature of their home country of Ireland with the effortless cool of the London scene they now call home.

Their story started in Limerick, Ireland. Three teenagers met for the first time after sneaking into Costello’s Tavern: the only bar in town that catered to their musical tastes. After bonding over cheap vodka and the sound of The Velvet Underground, they began playing music together and moved to Dublin to seek some big city excitement. While Aoife would be sat in the corner, strumming away at a guitar, Niall would be in the centre of the room, “bashing out covers in a shambolic fashion, and then Aoife would get out the guitar and sing ‘Creep’ or something’,” he remembers. “I think, at the back of my head then, I was like, ‘I need to be in a band with her at some point. We came together in that way - bonding over music… and skinny jeans, I guess,” he adds with a laugh. From there Andrew, who at that time was in some “very silly” covers bands, soon joined their roving pack of creatives. They formed a band called Sisters, achieving modest underground interest as they found their feet in London’s significantly larger musical pool. “Most people were not into the same things that we were into,” explains Niall of how their ragtag group came to be, “be it music, art, or film – so we just started hanging out all the time.” “That was just us learning to play together,” says Aoife. They’d play “everywhere, every week”, refusing to let their lack of local knowledge, or friends who could offer a helping hand, hold them back. “We were messy,” she continues, “but we had determination. We knew we’d get there.”

whenyoung was where that ambition came to life. Their influences could almost be picked from a collage page in a retro zine; charity shops and DIY fashion, the style of Marlon Brando, Richard Hell and Georgia O’Keefe, films by Jim Jarmusch, Eric Rohmer, books by Hemingway and Paul Auster. “We worked out exactly what we wanted to be,” says Aoife, “We were doing our own graphics, getting our friends to take pictures…” Their bold, primary colour scheme – which even extends as far as their stage outfits – came from Jean Luc Godard films; their press shots took influence from French New Wave. “All the bands that we collectively loved, they had great songs, but also a great aesthetic, and different artistic outputs,” says Niall, “There’s more to it than just being in a band and making music.” This love of aesthetics and cinema has led to them either writing and directing their own music videos or working with people who share their creative vision, such as Bunny Kinney, Dazed magazine’s editorial director.

Musically, the likes of recent singles ‘Heaven On Earth’ and ‘Given Up’ paint a wistful, storyteller’s take on art-rock, feeding into a lineage that boasts everyone from The Cranberries to The Pogues. “It’s important to us,” says Aoife of that Irish connection. “Given Up was written after a series of late nights and self-inflicted misdirection. It’s a narrative, the central message is to take your life by the reins and create your own future”. The band acknowledge those great literary songwriters who came before them, perhaps no more so when they covered ‘Fairytale of New York’ “for the laugh” last Christmas, which was immediately reciprocated when Pogues frontman Shane McGowan was singing their praises and invited them to play at his 60th Birthday party. “The song, and the message, and the melody, are really important in Irish music,” Aoife enthuses, her songwriter’s passion taking hold. “Being in London and homesick makes the music feel like immigrant songs”.

Fusing that “immigrant song’” sensibility with their love of noise and melody, the group are transforming into a modern day answer to early Blondie or the Pixies. A fervent fanbase have begun tracking their every move, copying the band’s on-stage, primary coloured boiler suits until shows resembled a painter’s palette. NME and Radio 1 quickly took them to heart; high praise from DIY (who dubbed them “your new favourite indie band”) and Dork (“the future of indie-pop”) soon followed. Huge shows alongside the likes of Nick Cave and Patti Smith came this summer.

On stage, whenyoung are stunning wall of noise, where Aoife’s dreamy, heart-in-the-mouth vocals fizzle over driving basslines and infectious guitar riffs. She mesmerises live, and critics have compared her to “Suzi Quatro in her heyday, bashing out throbbing bass lines”. While Niall thrashes his guitar like and a man possessed and Andrew masterfully keeps order with his natural, rhythmic style. It’s no wonder then that 2018 has already been a landmark year for their live shows.

As previous mentioned it’s seen them perform in Dublin as part of Shane McGowan's 60th birthday celebration alongside Bono and Sinead O’Conner among others. They’ve also supported the likes of Dream Wife, Declan McKenna, The Vaccines and Peace. Not a band to rest on their laurels they’ve had a packed summer of festival appearances. They played storming sets at the Great Escape, Latitude, Kendal Calling and Bestival, as well as headline shows in October and then supporting The Vaccines in Europe and Blossoms on their UK tour in December.

“We want to be as big a band as we can be,” says Andrew, “We’re not shy of that.” With an album on the way, those ambitions are forefront. “We want people to have some sense of euphoria,” says Aoife, before Niall sums up the duality at the heart of whenyoung most succinctly: “We want people to be able to laugh and cry in the same breath.” 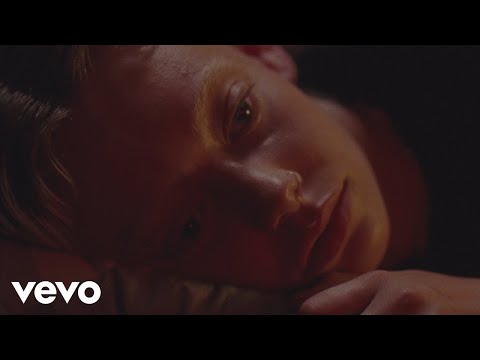 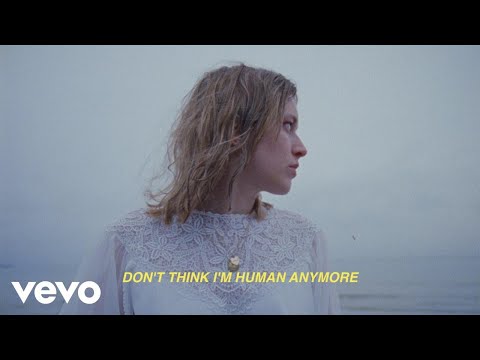 Given Up
Pretty Pure