Intense live shows, contagious vocal melodies and guitars played the way they should be, honest and loud. We Town Criers believe in sounding big!

The Roscommon 4 Piece released their debut EP, Wake Up, in 2011 with involvement from Dave Hingerty (The Frames) and producer Ken Mc Hugh (Autamata/I'm your vinyl).

We Town Criers have appeared since at Other Voices, Vantastival, Knockanstockan, Belly Bang and Sunflowerfest, with a nationwide tour to be announced in early 2014.

"I can’t stress how strong this album is and how much this deserves to be heard by any so called supporter of Irish music. If you’re a fan of dark alternative rock like Therapy? in their prime, this is for you. Even if you’re not, check it out anyway. You will not be disappointed." - Chew Your Own Fat

We Town Criers, Jesus where do I start. A four piece from Roscommon who successfully (and I really mean that) blend Tool, Everything Everything with a bit of Pearl Jam and great songwriting. It’s amazing, where the hell did these guys come from?! - We Are Noise 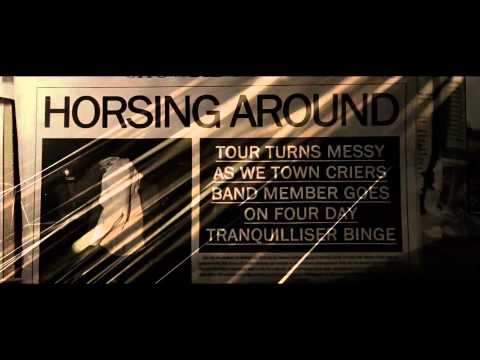