Uber Glitterati are an electropop duo from Belfast, consisting of Elizabeth McGeown on vocals and Stevie Mac on synths/guitar/bass.

Their recent stage shows have been followed by more radio plays on BBC Introducing NI, BBC ATL on Radio Ulster and on Tom Robinson's Introducing on 6Music. Their demo CD was reviewed in Issue 60 of AU Magazine with Francis Jones comparing them favourably to Saint Etienne and Everything But The Girl. They have also received glowing reviews from Dave Roy of The Irish News and Jim Carroll of On The Record at irishtimes.com They appeared on the Winter 2009 Bruised Fruit Northern Irish music compilation.

They're also making a name for themselves as Belfast's go-to duo for remixes, remixing recent singles 'God Says' by Escape Act and 'Seconds Out' by Strait Laces, the remixes appearing on the official single releases. With podcasts such as The Playback Mix [shortlisted for nominations in the 2009 Irish Web Awards] behind them and a recent strong showing on Hype Machine they hope to play more live shows and do more recording in the next few months, releasing an EP in 2011.

"Stevie Mac does the music while Elizabeth McGeown does the singing, and a very effective combination it is too... The upbeat, woozy romance of 'Mail It Overnight' is a particularly fine moment."
David Roy, Irish News

"Each of the tracks boasts synth-pop melodies as bright and dazzling as a forest of crystal... The vocal interplay of the female and male duo, their literal and lyrical sparring, is excellent. 'Little Chances' suggests a less melancholy Everything But The Girl, whilst 'Out Of Mind' evokes the very best of Saint Etienne. In other words, it's all very impressive. More of this please."
Francis Jones, AU Magazine #60

"...another Northern Irish band that we are into. I love this lot, we've only had them in our lives about three or four months but we've played them loads on the programme."
Rigsy, Across The Line, BBC Radio Ulster 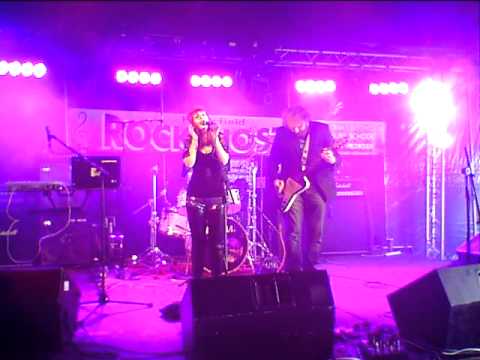