Tolka is the main project of Irish artist and musician S. Murphy. The name comes from the river which flows through his hometown on the north side of Dublin. Accompanied by a band from various directions within music, Tolka is a fusion of free folk, indie, psychedelic, rock, trad and jazz. With songs that shift from minimal, yet surreal folk ballads to full on psychedelic rock. After the release of the first record which was entirely written, produced and recorded by Murphy, the live sound features an altogether bigger and more electric feel to the EP. With the addition of multi-instrumentalists Adrian Waldeck, Cousin John, Dan Cassidy, Jonny Tennant and Miika Penttala to the lineup Tolka have a lot more sounds yet to be heard so be sure to keep one ear open..

" The EP "Tears" by Tolka (aka S. Murphy) is a sixfold collection of acoustic songs influenced by the Finnish folk scene. Sung in Murphy's laid-back, almost conversational voice, and backed with pattering drums and occasional additional instruments - violin, banjo, trumpet - the songs echo Nick Drake amongst others. Arrangements are simple, almost mournful. 'Arrested' is a fine opening track, while a Gorkys-like violin decorates the sombre 'Acid Sky'. 'Lay Down' has a really nice late-'sixties Floyd vibe to it, while the lengthier 'Wasting' is slow, almost funereal, yet absorbing, a bit like a folk Velvet Underground. 'Hei Hei Heimari' (I'm guessing that's Finnish) is a little wayward in places, but has the best vocals of the EP and the best arrangement. The title track concludes the disk in trumpet-enhanced, albeit melancholy style. A solid additon to the modern singer-songwriter canon. An album is to follow. " www.terrascope.co.uk

".. the album features a truly beautiful blend of sixties and seventies folk sounds with just some touches of Dirty Three like ambience. There are hints of the kind of dark sombre folk of the likes of Nick Drake blended with some really lovely string and brass sounds. " Road Records

" With a heavy influence from 60's and 70's folk and rock I can see a lot of people rolling up and smoking up to a perfect soundtrack laid on by Tolka. If you’re a fan of the Velvet Underground you wont want to miss this gig. " www.npld.ie 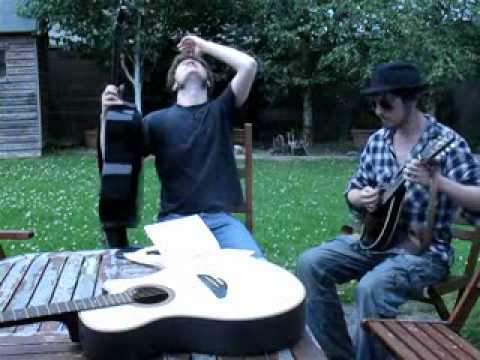