Described by NME as ‘Blistering, Frenzied, blood-stirring, rock that weaves its way through U2, the Foos and The Vines’ The Beat Poets are one of the most exciting new acts to emerge from Northern Ireland in recent years. BBC ATL described them as “Northern Ireland’s hardest working unsigned band” with the Irish Star claiming they could be the biggest band to come from the North of Ireland since Snow Patrol.
Touring relentlessly the Beat Poets have supporting World renowned acts such as Sonic Youth, The Chemical Brothers, The Duke Spirit, Nine Black Alps, The Parlotones and much more from venue’s such as Marlay Park (Dublin) to Canadian Music Week and 6 storming shows at the 2009 South by Southwest Music (SXSW) music festival in Austin, Texas.

With recent TV performances on The BBC and UTV the band’s latest tracks are now licensed with the BBC, Channel 4 as well as MTV and are currently on the latest series of MTV One shows The Hard Times of RJ Berger (2010) and previous series including ‘The Hills’ & ‘Girls of Hedsor Hall’ (2009) in the US adding to the band growing reputation.

‘The Making’ E.P released in November 2009 introduced a new sound from The Beat Poets and has been tearing up the radio in Ireland being play-listed on major national stations and receiving national press coverage due to the high critical of the bands new tracks including SXSW 2010.

The Poets recent single ‘One By One’ (Out May 2010) became the No.1 most requested track on N.Ireland’s biggest radio station ‘Cool Fm’ remaining on their Top 20 most requested list for 12 weeks and the 10 weeks on the second biggest station City Beat. The radio onslaught has continued with the new single seeing play on 2fm, RTE Radio 1, Today FM, BBC Radio 1 N.I and many more. With live sessions on RTE Radio 1, Cool Fm, BBC and City Beat the band continues to appear regularly in major national publications including Hotpress, The Sunday World, AU and The People while the new set and shows receive rave reviews!

The band’s new single Gravity was released on November 15th 2010 and already is currently play listed on all major stations in N.Ireland , with their single video receiving video of the week on Irish Music site Golden Plec. The band has also received an endorsement by US music recording giants TASCAM following this single. December sees the band release their own iphone App via a Mobile Roadie Endorsement. Their debut album is due 2011.

“Blistering, Frenzied, blood-stirring, rock that weaves it’s way through U2, the Foos and The Vines”
- NME

“The industry can’t ignore such an evident talent, so hopefully the time when we hear John Dinsmore send his call through a stadium crowd is not that far ahead.”
- Sugarbuzz London

‘They have the earnest heart on sleeve lyrics, big sound and bigger choruses; The Beat Poets are poised to be the finest purveyors of stirring rock in a long time. If it’s your thing, check them out’ - Cluas Nov 2009

‘The No.1 most requested single on Northern Ireland’s biggest commercial hit station, The Beat Poets ‘One By One!’ – Cool Fm May 2010

“The industry can’t ignore such an evident talent, so hopefully the time when we hear John Dinsmore send his call through a stadium crowd is not that far ahead.”
- Sugarbuzz London 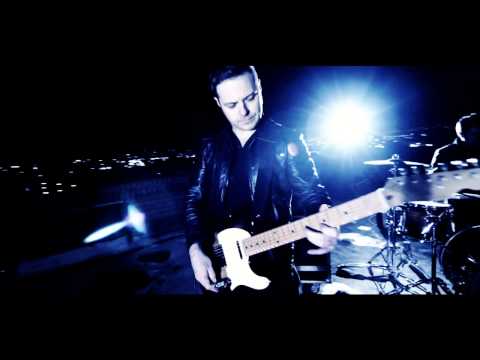 Gravity
Bloodline
One By One
The Making