I called mySelf Temper-Mental when i was 14....and MissElayneous arrived later on in life, aged 19. I'd been escorted to higher planes of consciousness, by sound, from a young age. I wrote poems and made statements with the same ease as eating or breathing. I was ridiculed, parallal to respected, in 4th class for my "alternative" taste and moral ethics.
Those principled ideas and motives were moulding who Elayne would evolve to become. From Finglas, where i would've occupied a solitary corner, lane-way, horse-box or a rear end , top deck of a bus to town, harassing my cousin for a beatbox to accompany my amateur, yet not so adolescent rhymes. I travelled from place to place bringing my art, pocketed sometimes, concealed in shyness or supressed as result of poor confidence....other times ; bore naked and fearless, self-assured and unwavering. Loving the listener by contributing expression and emotion to each exhalation. I plugged in age 15, mic in hand.The mirror was my audience.

Those school-mitching, penciled philosophies were beyond their years of maturity, with a rawness in their content. It all started with reading sleeves, connecting the dots with labels, age 11, easter egg exchange. Me and my cousin Nicola, now : "'A-ToNic" , would race to the end of verses and quote hiphop history. I met Rob the Law. By "chance". It was destiny. Maher would make music with his mouth, we would sync rhythm-wise, collecting ears on drunken streets. Davey would break me down so i would build mySelf again. I would venture out into the withching hour to tag my familiar concrete.
I started beat-boxing in the shower, I ate, drank, slept and dreamt Music...Hiphop was a thick thread in that fabric of my conscious. I grew interested in all 4 elements.... I dug for gold (vinyl)...I meditated to beats and mimicked tongues. I started to 'babyfreeze' alongside moments of elation through bodhran rhythm coming naturally to me.
Nothing had ever come easy. But this was organic. Dwelling inside the deepest part of my soul. I was marrying Irish culture to this American independent cultural movement. That was a gift from 'Lunitic'. I persisted and persevered with alliteration and what the cirriculum formally titled "literary devices". My only true intentional poetic tool was the truth and was going to evolve deeper and deeper, so that people started listening.
They were Hearing the message. I was struggling through circumstances....this was my reality. Exerting mass pressure on me. Rhythm and Lyricism would be the bolt croppers to set me free from myself. T.M.M. was born.

Temper-Mental MissElayneous is the psyche of social consciousness, the moral pinnacle of music, the revolution of rhyme, the heart, pumping feminine blood in hiphop in Ireland. Sprung from the loins of Finglas, where she has derived much creative inspiration from, the ripest fruits of her lyrical womb are carried chanted on her home tongue and accompanied by a jig or reel upon her loyal bodhrán. She graces her homeland with : "Caiín Rua", an original and classic piece composed of melodious poetic rhyme married with the language of hiphop - rap. Her lyrical content stretches beyond her immediate environment. Indeed, not Dublin alone, but The vast Universe is from whence MissElayneous' ideas are birthed.

Refining and expanding her skill through community development involvement is what founds her motivation as a writer and performer. Collaborative projects are a driving force in MissElayneous' solo to multi musical experience. Accompanied by live DJ Barry Krishna, TMM vocalises classically over instrumentals from various producers, plugged in and pumping! Observe her rap with live human beatbox, an energetic and fun feature. Songs coupled with electric guitar licks throughout, piano keys to aurally please. Her own bodhrán beating, slam poetry slinging and lyric launching show is a sonic and theatrical venture. Stall it!

This brings us to the prime and most current journey she's on. Influenced through hiphop, textured by her musicial heroes, characterised by the great poets, moulded by struggle and elevated by determination, let Temper-Mental MissElayneous welcome you to her world of words.

Expect hyper highs to lulling lows, intimate minutes, back and forth with tos and fros.

AND HOW IT WILL BE

"Temper-Mental MissElayneous : her rapping is as entertaining as her name is..." wrote GCN in this months issue to promote her headlining act in Twisted Pepper, Aug 24th.

She's been popping up everywhere of late and is on the rise popularity wise, as noted above and similarly, TMM has found a fan in The Sunday Times. We look forward to this weeks spread on the "lyrical Leviathan".

The artist expresses devotion to youth and community arts, maintaining a consistent interest in local activities.

"The incomparable TMM From Finglas was on hand to help launch this years Nortside Music Festival 2012...topping the bill at Street Sounds".

MissElayneous recently released : "Step In The Ring" a boxing song, written for all the young novices and dedicated to Katie Taylor on her quest as a female advocate within a predominantly male arena.
Who better than Temper-Mental MissElayneous, the femcee to salute Katy from a mirrored stance in the seemingly male dominated hiphop domain...

She's got her mic-gripping hand full. Major world-wide blogger Nialler9 requested Her to open Monster Truck Gallery in September. along with The Poetry Slam Championship in Bristol, among a fair dose of other projects and collaborations.

and opening for Wallis Bird in Whelans this 24th of October

Fulfill your appetite!
-Catch all you Temper-Mentalists next rhyme or round ! "ding-ding!" 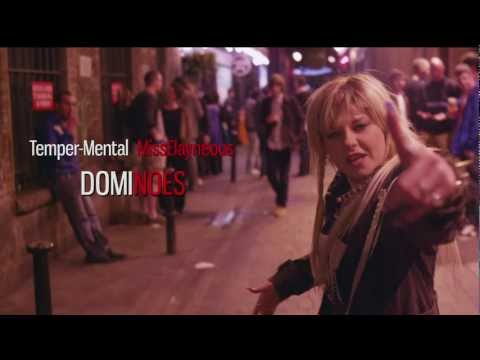 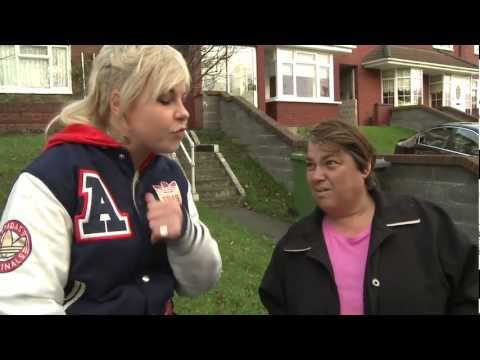