Sweet Jane comprises of four musically tuned Paxton brothers - Danda being the songwriter, guitarist and lead vocalist, Neil on keys, guitar and backing vocals, Conor on keys and guitar and Ruairi on bass, along with Donagh O'Brien on drums (the honorary brother of the Paxton clan).

The band is noted for their big guitar sound mixed with big reverb soaked harmonies and honest and catchy songwriting. In the past year songs from their highly acclaimed debut album ‘Sugar For My Soul’ have brought them attention from MTV, and Activision/Blizzard, at industry festival Midem, and they beat off more than two thousand international entries to win a competition run by NBC Universal to have their music included on the soundtracks of shows such as Being Human. NBC noted that their "vocals and wonderful driving hooks make Sweet Jane a perfect indie rock candidate across the board, and their submissions would fit within a majority of their shows”. At home, Sweet Jane’s songs have been synched frequently in TV shows such as Kitchen Hero and RAW.

Sweet Jane are a cracking band to catch live, so cracking that leading music magazine Hot Press noted at a recent gig of the guys that “there are elements of shoegaze in Sweet Jane’s schtick, with waves of guitar carrying the music forward, but they have a harder rock core. Channeling Bands form the 60's and 70's like The Byrds,Neil young and crazy horse and being big believers in anything with harmonies is cool like more modern acts like the Stone Roses, they mix melody and guitar attack with superb effect, with songwriter, guitarist and vocalist Danda Paxton masterminding the band’s big sound superbly. They go down a storm”.

Their second album, ‘By the Ocean, By the Sea’, with renowned producer Pat McCarthy at the helm, is scheduled for release on September 6th. The first single from the album, “Witches” will be released on May 18th.

The band is being kept busy with tour dates at home, beyond the Irish Sea and the Atlantic Ocean, while we’re on the topic. March saw them over in London for a couple of dates during Paddy’s weekend. Following that they flew into Toronto and then onto New York for some more stage presence. After Record Store Day this April they’ll be back to the UK to give the fans some more love before returning to Dublin for their gig in The Grand Social.

Sweet Jane will also take to the road in May this year to play support to the amazing Besnard Lakes.
Wednesday May 22nd - Bristol, The Fleece
Thursday May 23rd - Manchester, Ruby Lounge
Friday May 24th - Glasgow, Stereo
Saturday May 25th - Leeds, Brudenell Social Club
Sunday May 26th - Birmingham, Hare and Hounds
Monday May 27th - Brighton, Komedia
Tuesday May 28th - London, The Garage

“ Dark, classy and crammed with great songs” - News of the World

‘ More than lives up to its promise - Majestic’ ! - Hotpress

‘ Undoubtedly one of the finest albums of the year” - The Mirror

‘ Sweet Jane have proved that they have the potential to walk it as well as they
talk it’ – State.ie 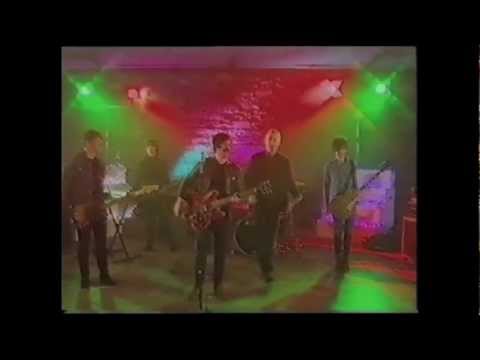