Derry/Belfast based quartet Sugarwolf are no strangers to the DIY graft of the Irish and UK rock scenes - Led by front woman Emma Gallagher the band previously secured a reputation as one of Ireland’s most exciting rock outfits and plan to continue to do so. Sharing the stage on tours with the likes of Fightstar, Black Peaks, Young Guns, We Came As Romans, and Skindred helped earn the band the reputation as one of the best live acts in Ireland and over the last few months have gained the support and endorsement deals with Jägermeister, Orange Amps and Ruach Music.

This year has already been exciting for the band having released their debut single ‘Loose Ends’ followed up with a UK and Ireland tour, a highly anticipated appearance at Camden Rocks Festival and have also been handpicked for the BBC’s ‘Future Headliners’ series.

Citing influence from the likes of Deftones, Wolf Alice and Don Broco their diverse and uniquely organic brand of rock looks fixed to set them apart from the park of rising hopefuls in 2019/2020.

"Sugarwolf's debut single is a frighteningly good affair. Emma Gallagher puts in (yet another) leather-lunged performance, reaffirming her status as one of the finest rock singers in the land". - HOT PRESS MAGAZINE "

"A pretty unique prospect. Here's hoping that one of the most underrated acts in the country get what they deserve". - DAILY MIRROR 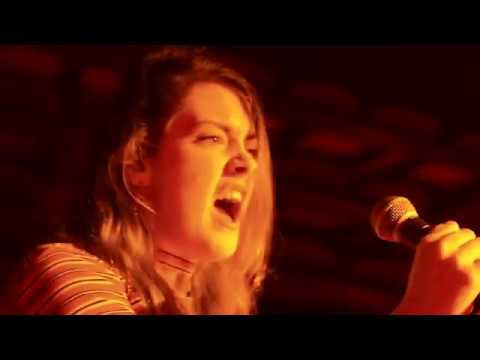