“Dublin-based Sleep Thieves will definitely entice you to stay up late, whether to dance or drift off in a daydream, but you won’t hold that against them.” – The Guardian

Sleep Thieves, are Sorcha Brennan (vocals, synths), Wayne Fahy (Vocals, synths, bass, programming), and Keith Byrne (synths, guitar, bass, programming). The Dublin-dwelling trio met through Twitter where they bonded over film soundtracks and vintage synths. This musical friendship was solidified in the recording of their self-released EP, Islands in 2012, which garnered accolades from the press and inclusion on numerous Spotify playlists leading to almost 6 million plays and a worldwide audience. Their full length album, You Want the Night, was released in 2014 (via Minty Fresh Records US). Their music is haunting, dreamy and cinematic, it opens up and rolls in like a storm, enticing and caressing the listener. Sleep Thieves have played Electric Picnic, Culture Collide in San Francisco and LA, the FMC tour around Ireland, Forbidden Fruit, Body and Soul Music Festival, CMJ Music Marathon, New York, and in London, Paris and Italy.

June 2017
Single release - Is This Ready?
"Bathed in far-off beats, persistent pulses of synth and an ominously performed vocal, the music of ‘Is This Ready’ builds and builds around itself wrapping the listening the great depth of field that was so characteristic of Sleep Thieves debut album You Want The Night. What the three-piece have in-store for the future is exciting alluded to in this stellar comeback single."
https://thelastmixedtape.com/2017/06/26/listen-sleep-thieves-return-with-the-darkly-atmospheric-is-this-ready/

"“Is This Ready” is a beautifully dark and hypnotic track, with heavy electronic beats and suspenseful, deep vocals alternating with soothingly bright ones. In short, the new single by Dublin-dwelling three-piece Sleep Thieves is as stunning as it is irresistible, holding the perfect balance of push and pull."
https://glamglare.com/music/2017/06/21/song-pick-sleep-thieves-is-this-ready/

"It will chill you to the bones, but it’s absolutely beautiful."
http://www.imposemagazine.com/bytes/new-music/sleep-thieves-is-this-ready

"Sleep Thieves.... are known for creating music both intimate and haunting, and their latest release, “Is This Ready?”, is no exception. And now, the group has turned one of their brooding tunes into a full-on horror show in their new music video, premiering right here on NYLON."
https://www.nylon.com/articles/sleep-thieves-is-this-ready

“Dublin-based trio Sleep Thieves make perfect music for a late night drive through quieting streets, past twinkling lights and the occasional wanderer–the sort of music that sits wonderfully alongside the work of groups like Glass Candy and Chromatics” – Pigeons and Planes

“City of Hearts is the very definition of noir-disco: dark, almost malevolent, with a cinematic tinge to it. Listening to it, you can just feel the night air whip past your face as you drive through the empty streets of a dark brooding city – the streetlights your only light, this track the only sound you can hear.” – The Line of Best Fit

“Dublin-based Sleep Thieves will definitely entice you to stay up late, whether to dance or drift off in a daydream, but you won’t hold that against them.” – The Guardian

“Dublin’s Sleep Thieves skate along feathery synths and breathy female vocals. Their new single City of Hearts kinda sounds like what might happen if Johnny Jewel was producing Phantogram.” – Under the Radar Magazine

"The Dublin trio's debut album 'You Want the Night' is one of the best Irish albums of the year and their dark hypnotic electro sound is mesmeric but unbelievably catchy at the same time. Sorcha Brennan's ethereal voice is haunting and the fact that they have been booked for two performances is testament to their talents. Sleep Thieves will definitely keep you awake." - Joe.ie 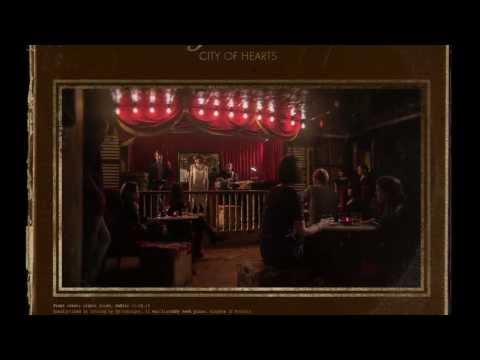 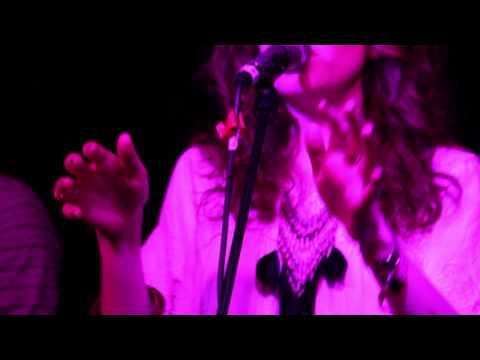 City of Hearts
Sparks
You Want the Night
Is This Ready?