Seán Fox is 19 year old Irish singer song writer from Arklow in County Wicklow .He has being gigging around the country as a solo performer and with his band Small Town Crisis for over four years.
Although he is only starting out on his career he has already performed at the Rose of Tralee ,and has sang in front of President Mary MacAleis .
Sean Fox opened for Aslan on Nov 8th this year. The response was such that he was invited back by Aslan to support them again in the National Opera Hall Wexford on the 6th Dec2019
Sean has had his music played on East Coast FM ,Dublin City FM , Phoenix FM and KCLR FM .
Roddie Cleeree described the Single Darkheart which Sean released with Small Town Crisis as being “as good an introduction to an Irish band I have ever heard”
Pure M nomination for Best New Comer 2017
An extremely talented guitarist and vocalist Sean has a passion for songwriting . At 13 years of age he was successful in an application to Music Generation to have one of his songs Burning In Fire recorded on the John Lennon Bus.
Sean has amassed a large repertoire of songs some of which don’t suit the style of the band . He is now in the process of recording his first Solo album.
The first single from his SOLO album is Ghost which was released in September
The 2nd single OBSCENE was released in the summer of 2018 and has had nationwide airplay. 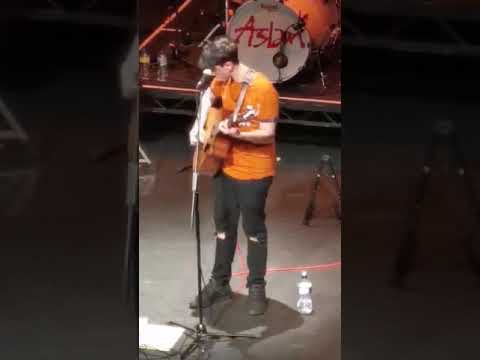