Red Temple are an original alternative rock band, formed in 2012, who come from the northeast of Ireland. Its four members have each been creating, performing and studying music from a young age. The combined experience and influences of these four musicians is the framework for Red Temple's sound, which has been described as 'evocative melodic rock with a contemporary approach'.

In an era of manufactured pop, where honest guitar music is rarely seen in the popular milieu, Red Temple strive to create interesting and well-crafted songs using simply the talents of four rock musicians who like real music. These four lads share a mutual respect and love for the great and inspired rock artists such as: Foo Fighters, Nada Surf, The Smiths, Blur, David Bowie, Fleetwood Mac, The Smashing Pumpkins, Nirvana, The Doors, Queens Of The Stone Age, The Killers, Placebo (to name but a few!). The fusion of these rock influences and music genres as well as the natural musicianship of each member is what defines the music of Red Temple.

With introspective lyrics that explore realistic life themes, warm vocal harmonies, grooving rhythms and driving guitar melodies, Red Temple create a solid sound that is well thought out. But all of these are merely words on paper. To see what really make Red Temple unique, just listen!

Members
Lead singer and guitarist Killian Mc Cabe has been a prolific songwriter for over fifteen years both as a soloist and as part of a group. Killian has studied and completed numerous courses in music. These are as follows:

In early 2012 Killian endeavoured to set up his own band in which he could collaborate with other musicians on his many compositions. It was at this time that he encountered local drummer and member of the acclaimed band Sanzkrit, Pauric Duffy.

Duffy, a force to be reckoned with on the drums, who has had vast experience of ensemble music and much success on the original gigging circuit was then asked by Killian to be part of this new group. The two then set about writing while searching for a bassist and second guitarist.

Dane Mc Mahon, a highly accomplished musician formerly of The Flaws was asked by Pauric to perform bass duties. Duffy having known Dane from their years on the local and national gigging scene. Dane was impressed by the energetic rock sound Killian and Pauric were beginning to cultivate, and began adding his own talent of song writing to the mix.

In the midst of their search for the fourth, on a night out in county Monaghan Dane Mc Mahon, while walking the street was greeted by a friend Ross Gartlan, former member of the band 30-Foot Smurfs. After chatting for some time, Dane realised that he was talking to the man they needed for this new band. Having been an avid guitarist and gigging musician for some years, Ross had the experience and musical interest that the guys required. Dane then invited Ross to a rehearsal and thus Red Temple were formed.

The succeeding months were spent honing the sound and writing a worthy repertoire of songs for the purpose of both live performance and recording. Killian, Pauric, Dane and Ross soon achieved this with ease and by mid 2013, with some gigs under their belt, they began recording their debut EP entitled The Waiting Room. Much time and work was put into crafting this release, which was co-produced with Jason Varley of Sound Wave Studios. Following the EP's recording however, Dane had to emigrate to the UK because of work commitments, having to leave Red Temple behind.

Diligent as they were and keen to release their EP, the four lads set about finding a new bassist before Dane left, as he had volunteered to show the new member the ropes. Meanwhile, Killian had been studying for a degree in music alongside bassist and local gigging musician Paul Markey. Having developed a musical relationship while rehearsing for some college performances, Killian became aware that Paul possessed great skills in all aspects of music, with his main instrument being bass guitar. Markey, who was also a member of Sanzkrit with Pauric at the time and who already was well acquainted with all four original members of Red Temple agreed to become their new bassist upon Dane's departure. Shortly after, both Killian and Paul graduated from college and set about getting Red Temple on the road more often and writing new material in preparation for releasing The Waiting Room.

In 2014 Paul left the band due to work commitments and we set about looking for a new bassist. Ross's friend and former band mate Thomas Doherty then joined the band in 2015. The band has since been garnering praise from audiences around the country as more and more new fans flock to their gigs. They are currently gigging, writing material and in preparations to record an album later this year. 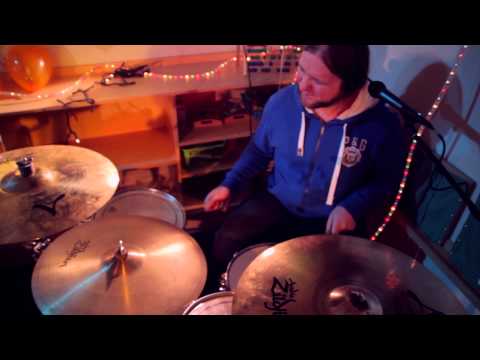