Debut "Reprieve" EP - recorded in Millbank Studios, Lisburn in December 2014 - out now on Bandcamp, iTunes, Spotify and all other major outlets.

Debut single "Nothing (Me & You)" available for download now http://rebekahwilsonni.bandcamp.com

*
Making music from no age at all, Rebekah is a self-taught and classically-trained pianist, self-taught guitarist and vocalist from Belfast. After years of songwriting and looking for band members but to no avail, Rebekah (aged 16) decided to take to the stage as a solo act in March 2014. She played an open mic slot at a Volume Control event in Belfast's Oh Yeah Music Centre and since then she has gained prestigious slots at Culture Night 2014 including Dawson's block party, His New Atlas' single launch, Love Coffee in Lurgan and subsequent Volume Control shows. By the end of 2014, Rebekah had shared the stage with big names such as GO WOLF, Freak's, Not Squares, Travis Is A Tourist, Owen McGarry, New Ancestors and The Emerald Armada as well as making multiple appearances on radio stations including Blast 106 and Queen's Radio.

In December 2014, Rebekah went into Millbank Studios, Lisburn to record her debut EP with Michael Mormecha and James Lyttle of Mojo Fury. Her debut single taken from the EP - "Nothing (Me & You)" - was released in February 2015 with the EP release following in April 2015.

Rebekah's demos and EP have received much praise from the likes of Chordblossom, Folk & Tumble, Encore NI, Gigging NI and The Metaphorical Boat and her forthcoming releases are anticipated to create as much hype as what has come before.

"This is a charming little ballad displaying pure, raw talent. This is a voice that will find success not with a bang, but a whisper." -GiggingNI on "One Day More".

"With such a prodigious talent, Rebekah is only going to get better and better over the next few years." -The Metaphorical Boat

"At the tender age of sixteen, Rebekah's Soundcloud is choc-full of great demos showcasing a natural ability on keys and guitar as well as a soulful voice that reminds me, in the nicest possible way, of a young Juliet Turner." - Folk and Tumble

"A demo of gentle beauty and delicate excellence displaying a versatility rare for even the most accomplished songwriter....Startlingly assured for one so young, Wilson's clarity and tone are filled with promise...this really is impressive." - Encore NI on "One Day More".

"The excitement surrounding her debut single rates higher than most local releases you can expect this year." - Encore NI

"'Reprieve' is a delightful dichotomy of hard and soft. It’s a little bit pop, and a little bit punk; think PVRIS or Paramore; and is utterly enjoyable." - GiggingNI

"Rebekah Wilson is destined for something big. 'Reprieve' would be a triumph for any musician, regardless of age." - PastieBap

"['Nothing...'] not only delivers on the promise that her earlier songs shown, but smashes right through it." - The Metaphorical Boat 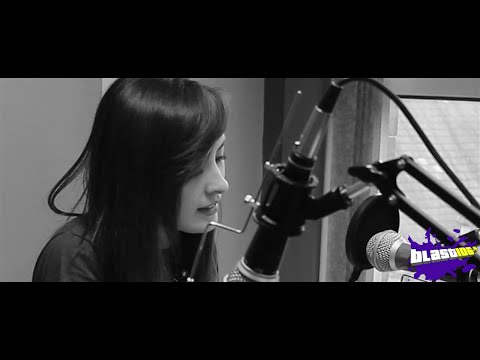 Sleep At Night
Nothing (Me & You)
Reprieve
Imagine