Nick Dellar is a self taught fingerstyle acoustic guitarist/composer. His first album, 'The Alder Tree's Year' offering a collection of instrumentals, largely inspired by his relationship with his adopted home Ireland, is available for download on Bandcamp. Tracks from the album have been played on RTE1, RTELyricFM, RTE Radio na Gaeltachta, BBC local radio and on stations in Europe, USA, Australia and New Zealand, follow Facebook link for details.
Track 3 'Lost Holiday (an shaoire caillte)' selected as FolkRadioUK (FRUK) Song of the Day 16/08/2015
'Alder Tree' has also been selected for inclusion in Minor7th Short Cuts and reviewed on FATEA website.

Playing for more than half a century he has been creating original music which defies categorisation for around three decades. He plays straight and bottleneck on 6 and 12 string and lap slide, all in a variety of tunings and musical styles., Nick has some formal training in Sound Engineering and records his own music at home using Pro-Tools. He is a member of IMRO, PPI, RAAP and PPL.

Born in Essex, England - Nick moved to Leitrim in 2003 where he lives with his wife, her two horses, his half a dozen guitars and a cat who just moved in.

"For Nick, it was love at first sight. There it was… leaning against a wall in a friend’s house and he was besotted. Although only six, he was so smitten that he managed to persuade his parents to buy him a guitar that Christmas. It was a cheap, full sized guitar and it took a while for him to grow into it, but it was the start of a beautiful relationship which has lasted for over 50 years.

His first guitar was accompanied by Bert Weedon’s “Play in a Day” and that was the start of a learning process which will never stop. Nick has never had a formal guitar lesson in his life and still can't read music although he now has a reasonable understanding of the scale numbers system. He taught himself by first listening, then playing and his ears are now very well educated. Despite this, when it comes to vocals he can’t carry a tune in a bucket, so sticks to making the guitar ‘cry and sing’.

Although the proud owner of a pet Squier Tele, he is a dyed in the wool acoustic guitarist and reckons he can’t flatpick worth a damn. Fingerstyle was his first love but he has played bottleneck for decades and a few years ago converted his elderly Epiphone to a lap slide guitar
.
Not afflicted with the desire for stardom, Nick kept his talent firmly buried under a bushel for years until I dared him to open for Isaac Guillory at our local Folk Club. He did and lost crippling stage fright overnight. Whilst he does occasionally play in public he does still generally prefer to keep out of the spotlight." 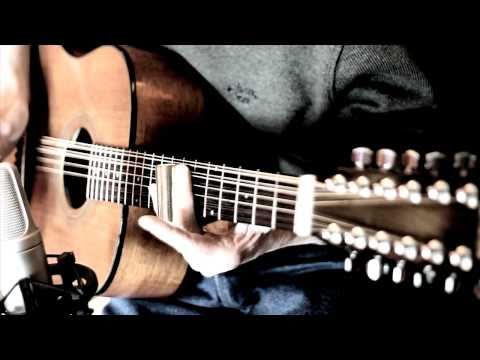