Negro Impacto are a Dundalk duo comprising of vocalist and songwriter Chi Chi and producer, multi-instrumentalist Laurence (aka StrangeLove). The pair quickly gained attention after forming in 2021 thanks to their unique alternative neo-soul sound and youthful energy.

After meeting in a Dublin skatepark and realising that they were neighbours back in Dundalk, a beautiful friendship formed between Chi Chi and Laurence. In 2021 they decided to join forces to create Negro Impacto and in such a short space of time, the pair have become major ones to watch in the Irish music scene.

Everything about Negro Impacto is effortless, from their catchy, experience driven songwriting to their lo-fi music videos and crowd interactions while on stage. At the moment, the group identifies mostly with Alternative Neo Soul with elements of RnB, rock and funk. However, the duo have no interest in confining themselves to a single genre, which is apparent in their eclectic mix of influences and plans for making music.

Their sound has been compared to The Internet and you can hear elements of inspiration from Erykah Badu and WILLOW (Smith) in Chi Chi’s smooth vocals. In terms of production, multi-instrumentalist Laurence quotes DJ Harrison and Arthur Verocai as a definite influence on his style.

Negro Impacto have played at showcases with District Magazine, Nialler 9, Music Town and opened for a range of artists such as Aby Coulibaly, The Mary Wallopers, Naked Animals, Toshin and Your Cuz Marcus.

In the summer of 2022, they have a busy schedule playing their first festival season at none other than Forbidden Fruit, Body & Soul, All Together Now, Another Love Story and more to be announced.

Negro Impacto are booked and mentored by Bekah Molony. 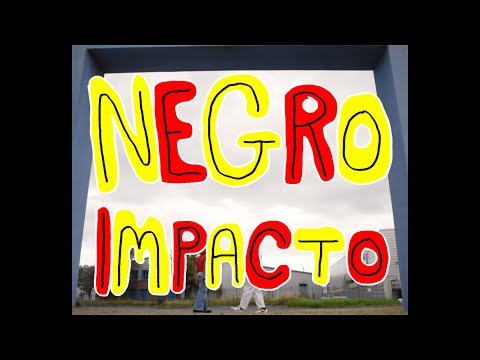