What is a Mongooz and the Magnet?
A young Irish/ Norwegian/Hungarian band that has suddenly captured the heart of the Hungarian music scene.
A few years back a Norwegian and a young man from Bray moved to the south of Hungary to learn medicine. After teaming up with a local drummer, they formed a threesome that in its first 2 and a half years has already performed in cities and festivals across Hungary, and in Romania and Ireland, while the lads still somehow keep up jobs working in the hospitals in their adopted city of Pécs. Mongooz and the Magnet is a guitar/double bass/drums trio playing their brand of 'Hendrix-pop-rock' with songs about emotional journeys and of personal freedom in a country that has an interesting relationship with it.
'Please Be Naked' is their debut LP released at the end of April, and asks the listener to be naked, to drop the masks we wear in relationships, in work, and often throughout our whole life. For a taste, check out the high energy 'Lie', the tense groove of 'My Friend', or sweet & honest 'Longing for You'.
In their adopted home country of Hungary they first gained recognition in 2015 after their single “Number” entered regular rotation in one of the major national stations, Petofi Radio. Since then they were invited to tour with Hungarian pop giants Halott Pénz, culminating in a concert at Budapest Park with almost 10,000 in attendance, have had mini international tours in Ireland in 2015, Romania in 2016 headlined Budapest Pride 2016 After Concert and were invited to Reeperbahn Showcase festival in Hamburg.
Whats next? Clearly, world domination…
“...absolutely entertaining with catchy rhythms.” - Pécsi bölcsész, Hungarian blog.
“rock and roll/modern alternative rock is what seems to rule their sound. It's pretty promising...” - Alt-scribe, Welsh music blog. 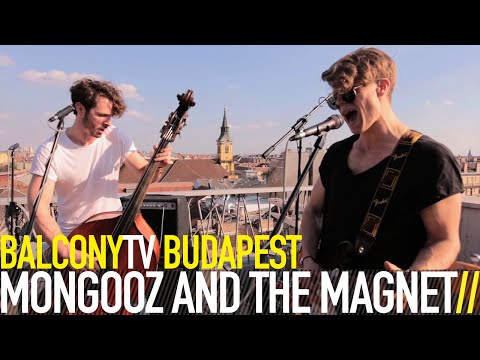