The songs are about work, love and life in a society flirting with financial catastrophe. Tracks include: New Stuff (an ode to conspicuous consumption); Song for a Phone Ad; and Land Ahoy. Practical Man is a work song for 2014. It features the words of John Maynard Keynes and is inspired by the practical men and women who ply their trade in the financial services industry.

Mail Order Messiahs were a duo (Mike and Dar Fahy) until 2010 and as a duo released the critically acclaimed album Plain in 2009.

'Mail Order Messiahs album is difficult to describe, while it loosely fits into the indie genre, such a tag would give the wrong idea to someone who hasn't listened to Liffey's music....I just can't adequately find a frame of reference for the softer tracks, perhaps that is simply because there are none. The album closes with the beautiful 'Land Ahoy' and 'The Purist', both of which add significantly to the overall atmosphere of Practical, an album which is very rewarding for the listener and also indicates that Mike Liffey not only knows how to write great songs, but knows what great songs are supposed to sound like.' Remy's Music & Film Blog

'The variety of styles means that you don’t have a minute to get bored and Mike Liffey‘s crystal clear vocals lift an album with a message, to a level that is both unexpected and a joy to behold. Rarely has protest music sounded so glamorous.' - Deadly Music

'cobbling together tunes like musical chemists and challenging each other to better the sounds from the most recently-received package. This somewhat unorthodox method led to them creating this incredibly strange, unique album...In a way, the eclecticism and swathes of electronic sound of Plain give the album a teasing aspect; at a few points it seems like it could just burst into the kind of Grebo-tinged, noisy flourishes that Mike Patton would lap up. And yet most of it defies categorisation – a remarkable thing in this era of aping. The sound is never easily pinned down as shades of motorik, Grandaddy, the Super Furries and the afore-mentioned ‘Mode are revealed darting around the undergrowth of the various blips, twiddles and twangs. This is an album that has been mulled over at length and the unusual method in which it was conceived and recorded has given it the air of something constructed painstakingly, with care and attention to even the tiniest detail, but without the sacrifice of melody or cohesion. If these are the messiahs, then they really have nailed it with Plain.' State Magazine

'Dublin/Galway outfit Mail Order Messiahs are an act so under the radar you can’t even hear the blip, blip, blip of their music. A duo (Dar Fahy and Mike Liffey) augmented by stray presences and floating musicians their music is so up to date it’s next month. We hear many influences (from Scritti Politti to Prefab Sprout) and several styles (electronica to pop and indie-folk), but most of all what we hear on their debut album, Plain , is utterly idiosyncratic and of its own'. Irish Times

'Mail Order Messiahs blaze an intriguing and distinctive trail with their slow, majestic and liberally embellished hybrid of electro, folk and soul. The music is marked by moments of startling beauty and the overall effect is ethereal and otherworldly, but undoubtedly compelling and arresting at the same time' Hot Press

'If you're looking for something a little different (and better), the Mail Order Messiahs should be among your first ports of call. The Galway born/Dublin based alternative/electric/indie pop duo have just released 'Par Avion', a four-track EP and, I'm happy to report, it's beatsy and blippy in all the right places but also melodic, musical and beautiful. A first release that boasts style and substance in the shape of four brilliantly crafted blends of trippy pop and gorgeous melodies that bodes very well for the future. That's not to say it's just 'promising' either - it's plain old 'really good'. Go get one'. RTE Music Blog (Brendan Cole)

'one of the Irish acts liable to make you more excited about the coming musical year than any other'. State Magazine

'as well as carrying the spluttering torch of post-punk, DIY electronica, Plain mixes synth lines with jarring beats, sweet and sour vocals, surreal lyricism and an ever-shifting musical palette. Disjointed swathes of glacial electronic noise segue into gently strummed acoustic guitars which then appear to be smashed up on the spot and thrown down the stairs along with the kitchen sink - often in the space of one song. A restless, blissfully inventive album of cool noise'. Alternative Ulster

'Don’t be put off by the fact that this album probably wont get a spin on mainstream radio - at least not before midnight - this is a really tasty record. Having set a high bar for themselves with their Par Avion EP, this album delivers on that early promise and them some. Par Avion was packed with methodically crafted electro pop - this is all here but with an added edge that is both neck grabbing and a little scary'. Clare People Interactive 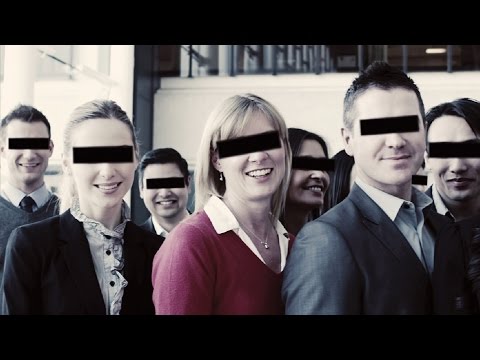