Laura Duff is a Cork based musician influenced by acts such as Lucy Rose, Norah Jones, Ben Howard and Sharon Van Etten. Laura was awarded as the Paul Clancy Songwriter of the Year in 2015. Since, she has completed a headline tour of Ireland, supported the likes of Lisa O’Neill, Hudson Taylor, Lewis Watson, Christof Van der Ven and Róisín O, and has been selected for slots at Liverpool Arts Festival, Waterford Arts Festival, Whelan’s Ones to Watch, We’ve Only Just Begun and Doolin Folk Festival. Laura released her debut EP, “For Your Company” in February 2019- which was penned as being “electrifying yet oddly nostalgic” and compared to Nina Simone and later Arctic Monkeys, by Nialler9. But you can be the judge of that here: https://open.spotify.com/album/3EwXla1SYonI6043YKfLA3?si=7QCdKqhXTi2EXAHxSYMGtQ

Duff’s accessible brand of pop is fleshed out with a distinctly indie sensibility, realised and brought home on her debut extended-player ‘For Your Company’ which is available across all streaming services. - Mike McGrath Bryan (Nialler9, Cork's Redfm).

Limerick’s Laura Duff’s debut single, ‘Up To You’, is an electrifying yet oddly nostalgic track - Nialler9.

The instrumental resonates a strange mix between Nina Simone and later Arctic Monkeys, creating an aura of familiarity and emotion that is further backed up by Duff’s soft and endearing voice. - Nialler9.

"For Your Company" features 2018’s strong lead single ‘Up To You’. The four tracks are classy and unhurried compositions and glisten with quality playing and polished production. - The Limerick Post.

With whimsical, atmospheric yet almost eerie vocals, “Up To You” is reminiscent almost of a siren song, and I for one was ready to follow Duff anywhere. The instrumental is just as incredible, wonderfully blending a relaxed bassline and the crunching guitar that leads into the chorus. - UCC Express 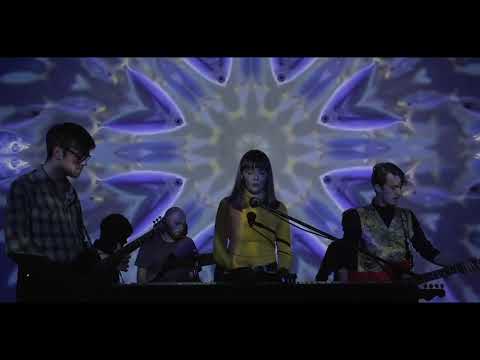