My family moved to ireland when i was 2yrs of age,from Nigeria, (i also have 2 younger brothers and a younger sister). My earliest memories were of living in the city centre, somewhere along Amiens Street, Close to Connolly Station. Then we moved at age of 4 to Tallaght. First primary school i went to was saint Marks, we were living in springfield at the time. then we moved to another part of Tallaght, Old bawn Road, and i changed schools to St. Domincs National school, which is where i finished.
Growing up in Ireland was not the easiest especially back then. I alway considered myself Irish, however the majority of white Irish people didnt, there was alway this annoying question i got asked "Where ya from" my answer will forever be Tallaght, obviously because its all knew. then they would always reply with "I mean where ya from originally" , it was very confusing for me as a kid, I knew the answer they were looking for but it always pissed me off to give them that.

As we all know Tallaght is not the most safe place to live, and the people were not the most welcoming, went through alot of racial problem growing up here, from bus drivers, peers, even fully grown adults. Irish folk back then found it hard to except me as irish, even though the way i speak and mannerism are the same.
this brings me to an ironic story where i got an argument with a classmate in secondary school(Larkin community college), we basically were slagging each other and he called me a burnt Irishman, this was aimed to hurt but in actually it was the first time I had acknowledged as Irish by a peer, just strange that it came like that... the firsts time I wrote a rap was at 16, over a drake instrumental, since then i had always been writing.

When i graduated from secondary school, there were issues between myself and my parents about who I am and who they want me to be, Im a stubborn fucker and it lead to alot of tension at home, this is very personal to so I am going to just say one thing lead to another and I ended up officially homeless for the guts of a year.

From the age of 19 Iwent on hiatus for almost 4 years. after this period of time i decided to give everything to my music.

4)What age did you start making music?
18

5)Where do you see yourself in the future? In 10 years?

Planing on being a pillar in the Irish rap scene

Eminem
7)What music means to you. Tell us if it has changed your life or the life of others around you.

9)Where do you place yourself in Dublin’s and Ireland’s music scene?

Place myself as threat amongst the more established rappers in scene 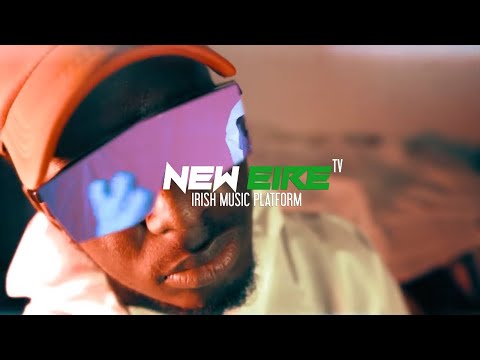 Get it
On my mind
Face it
At it again