So far he has released two songs, the first 'Pop them Pills' which finished in Third Place in the "Folk/Singer-Songwriter" category in the 2009/10 International Songwriting Competition (ISC). The ISC received approximately 15,000 entries from almost 100 countries throughout the world. The judges included Tom Waits, Jeff Beck, Robert Smith (The Cure), Frank Black (The Pixies) and The Kings Of Leon. The song also got an honorable mention in the Billboard World Song Contest.

His second song 'Love at the Airport' earned him a winning selection from hundreds of entries to have a music video produced in conjunction with Hotpress & New York University. Previous winners include: Sinead O’ Connor, The Frames, The Coronas, The Republic Of Loose and Laura Izibor.

Keith started out playing guitar in the Pop/Rock outfit, Sutras. The band exploded on the scene, winning the Heineken battle of the bands. They toured with top acts Bellx1, The Thrills, The Frames, Rubyhorse to name but a few.They went on to win the Hotpress song of the year, which listeners of Ireland's biggest radio station voted as their number 1 choice. They also had Top 30 success in Ireland and were played on influential London radio station, XFM, as well as being played on MTV2 and cult Irish TV show 'No Disco'.

Keith’s next venture was with alternative/rock band Vesta Varro, again playing guitar. The band recorded their debut album in legendary recording studios Windmill Lane in Dublin and toured extensively in Ireland, the UK and North America, opening for the likes of Editors, Ocean Colour Scene, The Wonderstuff and Sultans of Ping. They also achieved the accolades of 'Best Band' at the prestigious 'Indie Week' festival in Toronto, the 'Best New Musical Artist' at the MAMCA awards and "ones to watch" by the NME.

They had Top 40 success in Ireland and four of their songs were licensed to the major American TV network CBS which saw them receive daytime plays on big TV shows in the States. Their album peaked at number 3 on the college radio chart in Canada and their video was put on heavy rotation on Canada's biggest music show 'Much Music'. Their tracks appeared on various compilation albums worldwide, stretching as far as the USA, Australia, Germany, Canada and Ireland.

When the band went their separate ways, Keith went back to college to study Music Technology and Production. This experience gave him a platform to try out some of his solo material which he had never done before and also to produce and record other bands and artists 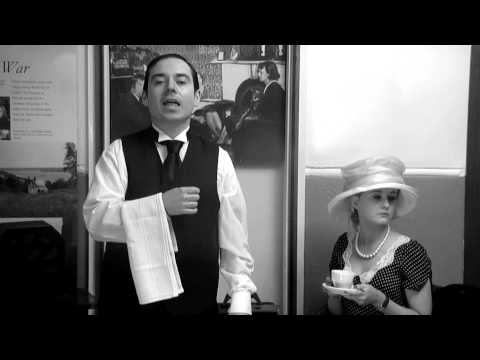