Ian Whitty And The Exchange

Ian Whitty & The Exchange are an indie-folk band based out of Cork, Ireland. Late 2016 saw the release of their second release, 'Cash Crop', a recording which has been described by Hot Press as 'an album of genuine heft'.

Cash Crop veers from simple stripped-back melodies to riotous guitar overtures to Americana. Ian’s lyrics conjure up dreams of young love as well as hope and meaning in the face of loss. They delve into disillusionment with modern culture and chart an evolution from partner to parent. The album constantly draws the listener into an emotional exploration, all the while Whitty’s seasoned vocal is gravelly with experience, biting in its commentary and sharp in its storytelling. He frequently shifts perspectives, personas and characters in weaving a modern tapestry that manages to be both personal and full of symbolism.

Both singles from the album have been included on the RTE Radio 1 playlist and have received considerable national and regional airplay. Live performances of note this year have included Quarter Block Party, The INEC Killarney, The Hawkswell Theatre Sligo and a sold out performance at this years RIGHT HERE RIGHT NOW festival in the Cork Opera House.

The band ’s music was paid a massive compliment with the inclusion of the track ‘City Friend ’ on the soundtrack of Lenny Abrahamson ’s internationally acclaimed film 'What Richard Did'. Other tracks from Ian Whitty & The Exchange have been included on numerous domestic television shows.

“An album of genuine heft….Ian Whitty has the extraordinary gift of writing poignant lyrics, wherein everybody can find a glimpse of themselves. 8/10” Hot Press Magazine

“Indeed, such is the calibre of ‘Cash Crop’ that it’s bang on the money throughout and leaves absolutely no IOUs whatsoever. 9/10” Whisperin’ and Hollerin

'Keenly-aware pop with a folkish tinge, with absolutely nothing having been lost during Cash Crop‘s lengthy process.'- Broadsheet.ie 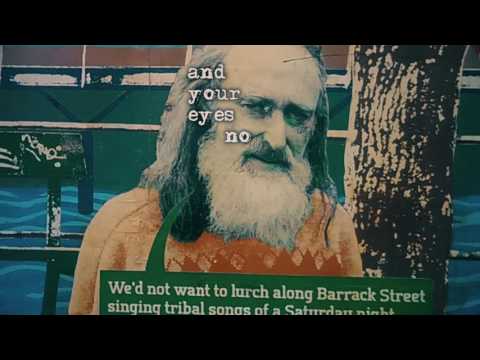