Funzo have performed over 150 gigs in Ireland since 2009, most notably, Ireland’s premiere music festivals; Oxegen, Electric Picnic and Hard Working Class Heroes. In 2008 and 2009, Funzo were invited to headline The Pogues’ Aftershow Party, where they were joined on stage by Shane MacGowan himself. In 2009, Funzo won their third national songwriting contest; Christmas FM’s ‘Search For A New Christmas Classic’, which resulted in mass national radio play and a live performance on TV3’s “Ireland AM”, the nation’s #1 morning programme.

Funzo’s debut single was released in December 2010 and entered the Official Irish Charts as the highest independent entry on two consecutive weeks. The single also received huge airplay in the US, being featured on radio stations in 25 different states. The song’s official video was directed by NBC’s Lydia Robertson.

Funzo have also received widespread airplay and live airtime in Ireland; on RTÉ 2FM, Newstalk, FM 104, Phantom FM and Ireland’s most listened to radio station, RTÉ Radio 1. Funzo have caught the attention of the national print media too, resulting in a full-page feature in Ireland’s most popular music magazine, HotPress, as well as being deemed one of the ‘Picks Of Electric Picnic’ in The Irish Times in 2009.

Funzo have performed live on RTÉ Radio One ('The John Murray Show' and 'Arena with Dylan Haskins') and been played extensively on national radio ('The Ray D'Arcy Show'), launched a new video as part of their HotPress/NYU Tisch Initiative prize and headlined The Workman's Club to a capacity audience to launch their 'Album Preview' EP.

“One of Ireland’s hottest rising acts…Funzo are the next Beatles” Turning Point Productions, Illinois, USA (2011)

“Funzo are an incredible Irish band - it's a little ridiculous they're not a household name yet.” David Lyons, Heineken Music (2010)

“To be producing tracks of this caliber at this stage of their career is staggering…Funzo are quite simply brilliant.” TotallyDublin.ie (2009)

"In a perfect world, all pop records would sound like Funzo's." Caomhan Keane , oxygen.ie (2009) 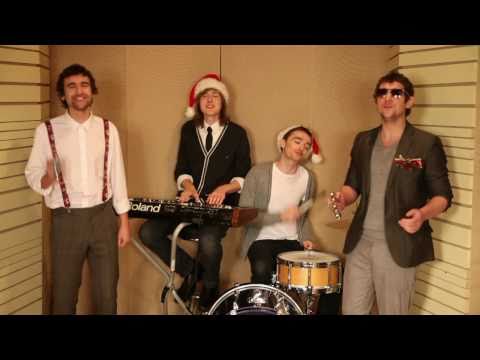