‘There's something in the water in Mullingar. This girl is not messing' (Eoghan Mc Dermott, RTÉ2FM)

"The track totally renders Fí as part of the burgeoning new generation of pop artists in Ireland. More of this please" (Nialler9)

"This is a very radio-friendly poppy number which should garner her a few fans" (Joe.ie)
"This girl is so so talented” (Marty Guilfoyle, Spin 1038)


Fí is a Dublin based electro-pop singer/songwriter hailing from the musical town of Mullingar. She is inspired by fellow luminaries such as Halsey, Tove Lo, Lapsley, Lorde, Banks, Dua Lipa and Verite. She’s a self taught musician who started writing after buying her first guitar in college and has spent the last few years crafting songs from her bedroom. She released her first single, 'Éalú' late 2016 and since the release has been collaborating, writing and working with different producers in London and Dublin and LA this Summer.

After a stint of working on demos and tracks in Dublin and London with producers like Lewis Gardiner (Ellie Goulding, Kloe, Prides). On a whim she booked a one way flight to Los Angeles where she spent her Summer working with writers and producers in LA like Heidi Rojas (Ruth Anne, Cheryl Cole, Little Mix), Kyrsta Youngs and Julia Ross (Chainsmokers, Miley Cyrus).

Her second single, 'Feel Better' was recorded in Los Angeles with Shayan Amiri and co-written with Esjay Jones ( Nile Rogers, Brandy and Sean Kingston). Mixed by Michael Heffernan (Gavin James, Rihanna, Swedish House Mafia) in Dublin and was released late November. Feel Better has been given continuous support on Spin 1038, RTE2FM, RTE Pulse, Livedrive, Beat 102 103 and many more. The song was ‘Song of the week’ on iradio, 'track of the day' in Hotpress as well as a featured interview in U Magazine. Featured as 'Song of the Day' In Joe.ie as well a top Irish song to listen to in Nialler9. It's also been featured in many notable international blogs like Wonky Sensitive, Staccatofy and Kings of A & R.

Fí was selected as a shortlist for ‘Play The Picnic’ by RTE2FM in June 2018. She has done many festivals and acoustic gigs playing Electric Picnic, Vantastival and supporting acts like The Academic and Aine Cahill under her name. With the new change in direction in sound, she most recently played her headline gig in Workmans in November to a packed out room for We-Bloom. She has been given a coveted slot supporting Freya Ridings in Cyprus Avenue on the 28th of February and has other gigs lined up like the Ruby Sessions in March, other support slots and festivals this Summer. She is gearing up to finish off her EP and is working on tracks with the Diffusion Lab (Soulé, Jafaris, Flynn). With songs to be rolled out over the coming months and a string of gigs to follow, this will be an exciting year for the electro-pop artist. 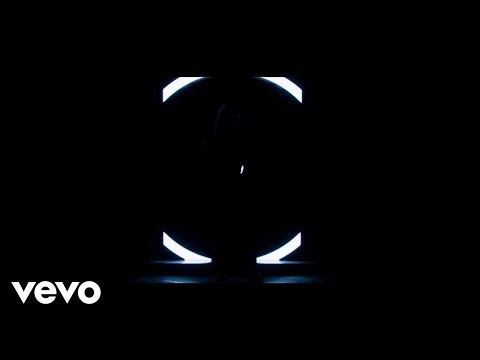