Having enjoyed stage invasions and a fierce following, Fierce Mild are feeling the love since they formed last year and have given back by releasing their first EP “Yes n Yes n Yes” in May 2015.
The EP is a fine representation of how this all woman trio and their post-punk, up-tempo funk songs can easily combine politics and fun and still sound authentic. The five track release presents a fresh take on feminism and everyday situations, sung through layered harmonies and vocal yells, and sustained by a groove that will unleash your tribal dance.

The first single 'Equal People' is a raw and energetic call to action: VOTE YES for Equality. The music video for it was directed and edited by singer Cara Holmes.
The video was shot in a rainy day, mostly between Smithfield where the Union of Students in Ireland was trying to set the world record for the largest human image of a love-heart, and O’Connell St where the band invited friends and lovely strangers supporting the YES-vote to just come and dance to their song.
Upbeat and straight to the point, with its “Be part of history / Vote Yes n Yes n Yes” line ‘Equal People’ is also the song that gave our EP its title.

What has been said about Fierce Mild and the 'Yes n Yes n Yes' EP:

"Consider us smitten. Fierce Mild are an all-guns-blazing trio out to put the angular punk-funk shizzle in the music. From Dublin, they throw all the right shapes and make all the right yelps on tracks like “Bell Hooks” and “Ann Lovett’s Letters”."
Jim Carroll / The Irish Times

"Fierce Mild’s dance pop punk EP is tons of fun and has things to say."
Nialler9

"Upfront, abrasive and gloriously feral the E.P is stripped bare of all pretense, leaving just the music’s pure rawness speak for itself. 9/10"
TheLastMixedTape.com

"Offering more than just a blast of noise and a few angry words though, Fierce Mild have got some serious groove to their sound. This is punk you can dance to."
GoldenPlec.com

"[…] great tunes and precision playing and a real sense of space that manage to combine the toughness of the form with a real sense of pop. I heard their demo played back on a mobile phone and was instantly captivated by its stark and beautiful brilliance. They have the songs and the capability to make a real impression."
John Robb, LouderThanWar.com

"A must listen."
Nichemusic.info (JP) 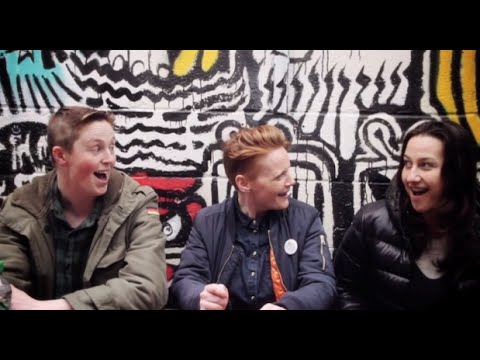