Evans Junior is a star just waiting to blow. Every song that Evans releases is written by him and his lyrics are fantastic whether he is telling you a story or even just getting you into the dancing mood.

Evans does not have a specific genre but whatever genre he does decide to tackle always turns out more than amazing. There is no doubt that Evans Junior will be a name seen on different charts for different genres while winning awards worldwide with the right recourses behind him.

The genres that Evans focuses on are Trap, Trap - Rnb, Hip-hop, Afrobeats and Afroswing.

Evans started singing at the age of 10 and started writing music at the age of 14. Overtime Evans has perfected his craft in writing songs and there is no doubt about that.

Evans has a great ear for music and he knows exactly how to stay relevant as he has been relevant in Ireland for 4 years now by building a steady and supportive fan base online by releasing music to his listeners.

At the young age of 18, Evans Junior has done a lot of impressive things in his career already.

In the middle of last month (March 2018), The head of Spotify in the UK made the very first official Irish urban playlist and Evans’ single “Adore you” released a few months prior was top 5 out of the 50 songs on the playlist.

Evans’ Spotify is now verified by Spotify themselves and he is attracting more listeners.

his single Adore you is now on 40,000 streams and climbing.

Evans is an extremely hard worker and he is always writing constantly.

Evans plays Guitar and piano at an experienced level.

Evans’ most played YouTube video has over 125,000 views. “fake friends”

His new released song is en route to hitting 10,000 views in less than 2 weeks.

Evans is no rookie when it comes to performances.

He has been booked twice to perform in one of Ireland’s biggest marches called “Rally for life” to over 80,000 people.

He has also performed at crowds of 4,000 people in RCCG Summerfest.

Evans along with his band T.E.D just played Longitude 2018 on the third biggest stage and it was packed full of fans!

Evans has done over 100 shows.

Evans is also very experienced with using a live band as that is his preferred choice.

There is no doubt that Evans is on the road to being a very successful musician and with the right recourses he will be known worldwide. 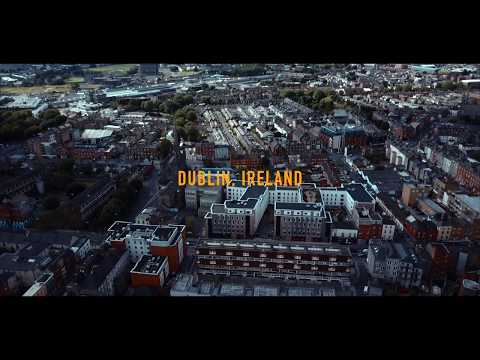 Adore You Ft Nina J and Andre Fazaz
Bag It Up
Komole Ft Eddy B
Take You There Ft. Andre Fazaz