Edgy V & GG Carma are an Independent Twin Sister Hip Hop act, consisting of a Vocalist (GG Carma) and a Rapper (Edgy V). They have been musical from a very young age and are working specifically with Hip Hop Music for a total of 8 years now. They were always very interested in rhyming/ poetry/ lyricism singing songs and entertaining. Originally from Lithuania, but are living in Ireland for the last 15 years, so they are fluently bilingual and can speak both English and Lithuanian. They have performed many gigs over the years which started out with Open Mic nights and in the recent years they have branched out and developed a brand name for themselves so now they have gained enough experience. They are getting booked for many professional events run by Promoters all over the country, events like ‘Beats n Babes’, ‘Hip-Hop showcase in the Underground’, ‘MOBO- Hosted by FlutterTone and Unsigned & Independent’, ‘Blacku$h Hip-Hop Party’, ‘Sinful & RCI: Performances & Battles’. They have also been a part of Independent Festivals like ‘Eriu- Irish Decompression’, ‘Hotbox Electronic Music & Art Gathering’ & ‘Allingham Arts Festival’ and we are sure, that they will be headlining international events in the very near future.

They have experimented with their sound in many ways and have developed it to an extent of expressing Hip Hop music with a personal presence and approach. With simple as well as intricate lyrics, they can paint quite a vivid picture and clearly depict the message they are telling in each of their songs, which they feel a lot of music is beginning to lack now a days, especially Hip-Hop, like mumble rap & other extortion of a musical art form. They are strongly influenced by old school Rap and have spent many years listening to Biggie/ Tupac/ NAS using this Old School influence, they infuse their music with these styles joining it up with a modern approach and always giving it a great delivery matched with strong rhythmic arrangements.
Their Music can be very emotional and poetic, but they certainly enjoy embracing the female aspect of themselves as well as pushing out the dominant male side which is what Hip Hop is all about; bringing out a voice out from the silent.
They have participated in many Fundraisers raising money for those in need and strongly believe in giving back. A cause that is specifically close to their hearts is the Refugees who are living in Direct provision centres in Ireland. They are also constantly speaking out for Women’s, Animals rights and the importance of Mental Health at gigs like ‘The F Word: The Witches That Couldn’t Be Burned’ for the ‘Galway Feminist Collective’ & ‘Muttropolis’, ‘Skate Against Suicide’ and public places to raise awareness about issues that affect women every day, such as; domestic violence, sexual harassment, rape and for that reason they wrote their song ‘Thief in the night’ to show the women affected that they have a voice to speak up for them as well as stand with other strong females bringing these issues to light.

They started out with putting out their first album ‘DESTINESIA’ in 2016, which brought them to 2018 putting out their album ’SUBSTANCE’ which has won over quite a few new fans who are very eager to hear their new E.P. ‘The Clone Complex’ Part-I, which is currently in progress. 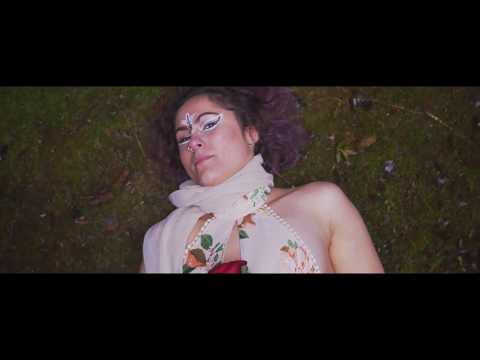 Sounds Like:
We often describe our sound as Modern Old School Hip-Hop, and we use what is deemed as a traditional instrument to create a new sub-genre for the type of Hip-hop we deliver., because we are strongly influenced by Old School Hip-Hop but we want to deliver it with a personal approach and coming from a female perspective. We have almost always used the format in which Hip-Hop has been written, but his signature instrument being the accordion, he has been playing since he was a child, we are definitely developing our sound constantly trying new things and approaches. We have worked with our Producer Darren Devery for a long time, who is a multi-instrumentalist
Influences:
Banks (Vocalist) Damian Marley, Costello, Devious1, Eminem, Hopsin, J YellowL, Jeorge II, Kenrick Lamar, Lauryn Hill, Lil Simz, NAS, Shambles Bhoy, The Fugees, Tupac, as well as a lot of different Irish Rappers coming up in the country at the moment, biggie, such as; Daly