Experimental Math Rock. Alternative Indie Pop. Eatenbybears is a band that creates a duality between genres that might otherwise never entwine. At times, blending seamlessly, whilst other times mashing styles together with the intentional bluntness of a head-on collision with a brick wall. Integrating effect laden violin,synths and samplers to their instrumentation, their sound continuosly references contemporary classical and experimental electronic music. Their succinct and unconventional use of vocals adds another dimension to their highly instrumental arrangements. This is a band who are just as at ease with catchy choruses and dance floor friendly hooks as they are with noisy breakdowns and layering polyrhythms.

The eighteen months of Eatenbybears existence has been a chaotic, varied and exciting time - something that is mirrored in the music that they have come to create. Within six months of the bands inception, they graced the 'BBC Introducing' stage at the Tenants Vital Festival, sharing the bill with acts such as Eminem and Odd Future, as well as winning the opening slot on the Crawdaddy Stage at Electric Picnic via the Heineken 'Pick for the Picnic' competition. Following early singles 'Vanderhoof' and 'Spite Houses', they released their debut EP 'Teeth' to much acclaim, with contrasting tracks such as 'Malkovich' and 'Duchenne Smile' garnering substantial radio airtime in both Ireland and the U.K. February 2012 saw the band embark on their first Irish tour with 'Alarmist' and visual artists 'Le Tissier' and 'Slipdraft', all of which are a part of audiovisual collective Eleven Eleven. The tour made it's way around the country before culminating in a show in London's 'Cavendish Arms'.

The release of their new single 'Simple As Hell' marks a deviation from the wilfully frenetic sound of 'Teeth', instead embracing the frivolity of a summery pop song, but with their own unconventional take on the genre. It's with tracks like this that the band demonstrate their desire to explore and experiment with their sound as it develops and evolves. The track was accompanied by an off-beat beach themed video by 'House11 Productions', the team behind the bands first music video for 'Vanderhoof'. On a break from recording new material, the group ventured on their first European foray to Portugal alongside Belfast's 'Kasper Rosa', with both acts performing at Somfest before taking to the road to complete dates around the country.

Having returned to Ireland, Eatenbybears are currently writing and recording new material, as well as performing both live and DJ sets around the country.

"Eatenbybears just continually blow my mind. They’re one of the most exciting Irish bands I’ve ever heard, they’re fantastic."
- Tony Wright, And So I Watch You From Afar/VerseChorusVerse.

"In a music scene with many bands coming from the same genre pool, it's refreshing to see something a bit different."
- Carys McMoran, BBC ATL

"They're in their own little cave and that's where every rock and roll band should be."
- Glasvegas 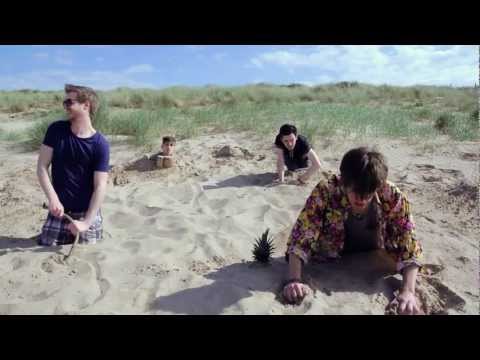 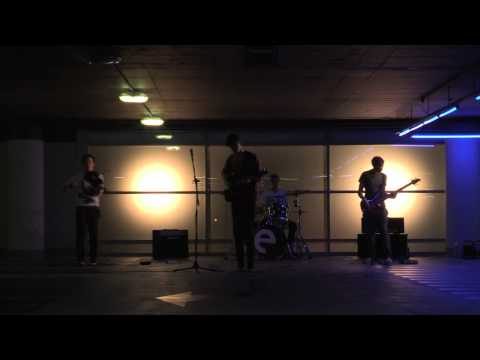