Blending their own mix of ska-punk since 2005, no apologies for hearing influences from The Clash and The Specials by way of The Ruts & The Jam, as the 4 piece Dublin band The Dubtones wear their influences on their sleeves! 2006 saw their first release, the “One For The Road” 6-track mini album, a hybrid of straight-up Punk Rock (Subhuman/Outside/One For The Road), Ska-punk (Neurotic/Cops Are On Their Way) & Dub-punk (Against The World). Constant gigging saw the band attract two tribes of fans, predictably enough they were immediately embraced by the punk fraternity, as the material matured the ska scene equally saw the appeal. Their popularity now extends to mainstream music fans who worship at The Dubtones altar.

Like many bands, personnel changes were inevitable, they reverted to a 3 piece and released the 14 track album “End Of Transmission” in 2010 on their own Lower The Tone label. It’s a blistering piece of work, again spanning skankable ska (Capture The Flag/Radio Breakdown/Propaganduh!), menacing punk (Subversion/Smalltown Hero/Slowmotion Solitude), & dub (Blood For Freedom). With over a dozen new tracks already tried and tested live in the last year (2011), the second album (working title “Burn More Furniture”), will be unleashed in October 2012.

Busy on the gig circuit since their inception, they have clocked up some 230 shows, including many headliners. They have opened for a who’s-who of legendary ska and punk outfits; Bad Manners / The Selecter / Neville Staple / Citizen Fish / Devils’ Brigade / The Lurkers & The Damned, to name but a few. They have played the main stage at the Rebellion Festival in Blackpool (the biggest independent punk and alternative festival in the world) and Ireland’s homegrown Booleigh Ska Festival in Kildare.

The Dubtones return to the Rebellion Festival in the Winter Gardens, Blackpool, after a gap of 5 years (Aug 5th Olympia 2 Stage, www.rebellionfestivals.com) , they also open for RANCID at the Mandela Hall in Belfast on Nov 28th 2012, at the behest of the band.

Not all agitators are subversive, but The Dubtones certainly are!!! So why wait?

Go see them, check out the tunes or book them now! It’s only a matter of time... 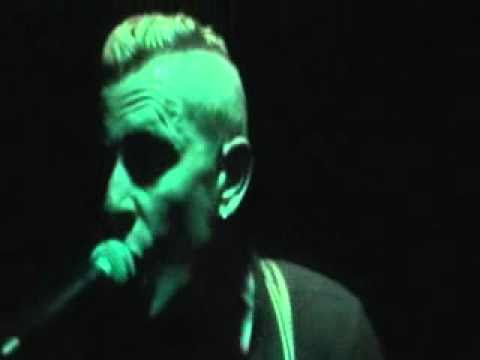