Dreaming of Jupiter’s sound incorporates a number of different influences from Electropop to Funk, RnB and Trip Hop in such a cohesive way it feels as though they have created a genre all of their own.
It’s groovy, it’s atmospheric, it’s soulful and it’s different.

The band hit the ground running in 2018, being featured on RTE’s ‘Striking Out’ in January, and performing a support slot to a sold out Button Factory for Chic’s Ralph Rolle. With the announcement of their debut EP, which is due for release over the coming months, the first single ‘Let Me Down’ was premiered in February by renowned music blogger Nialler9 who commented that ‘Let Me Down’ “is a promising introduction to their forthcoming EP, an atmospheric and soulful groove that features elements of RnB, Funk and Electro-Pop with a Hiatus Kaiyote-esque sound.” The track has received very high praise amongst the music industry and fans alike, and received airplay by 2fm, 98FM and Dublin
City FM to name just a few stations. Following its release, Dreaming of Jupiter were named ‘Ones to Watch’ by Dundalk FM, ‘Let Me Down’ was Roddie Cleere of KCLR FM’s track of the week, and John Barker of 98FM commented that it is one of his favourite songs of the year so far. The accompanying music video for this track, released on March 6th, was directed by acclaimed Manchester director Wes Rashid, after the band completed a mini UK tour in February, including a performance in London’s O2 Acadamy2 in Islington.

The Ambi-Groove trio have just returned from performing at the world famous ‘Musikmesse’ in Frankfurt, Germany – where they showcased their set for a highly enthused audience at the festival. The music was received with an overwhelmingly positive response and the band intend to return to Germany later this year.

HOT PRESS: ’ Dublin ambi-electro 3 piece Dreaming of
Jupiter, have exploded in a way most bands can only
dream of in such a short space of time – and it is very
clear to see why. ’ 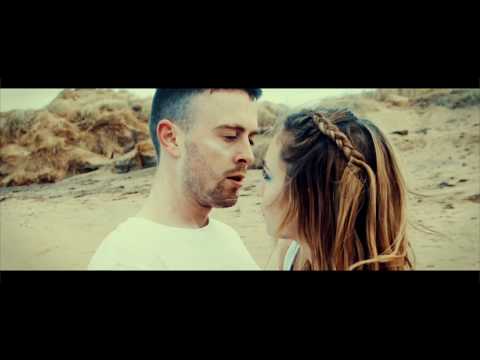 Right Kind Of Love
Let Me Down