'A new group that echoes with the influences of Cormac Breathnach, Moving Hearts and other modern and contemporary artists. Will be watching out for this group and their upcoming tracks in future'.
- ''F' In Jazz' - Track of the week - TradConnect.com

'It was also St Patrick's Day and thus, ringing in the festivities was Deis Folk Group who performed Irish folk numbers. The do was dotted with Indian stars — we spotted Arindam Sil, fresh from the success of his directorial film project 'Aborto'. Joining him were percussionist Bickram Ghosh, who also composed the film's music and Jaya Ahsan.'
- The India Times

A unique and fresh sound in the Irish Music scene today, 'Deis' are a modern contemporary folk group with a strong background in Traditional Music. Fresh from their second extensive tour of India (in which they performed to sell-out venues clear across the country), they have expressed a strong desire to hit the Music scene with a bang over the coming year!

Founded in 2012 by County Clare musicians Josh O' Loughlin and Brian Corry (who had already toured and played in Norway, Scotland, Belgium, and France), the original aim of the group was to create a modern sound, uniquely expressing and drawing from the wonderful qualities of the Traditional music of County Clare. However, both young men expressed a great desire to go further and experiment, compose, and arrange new pieces of modern trad/folk in a very unique way. A performance in O' Donoghue's Pub, Merrion Row, soon led to the group's first extensive tour of India in March 2012, in association with the Irish Embassy in New Delhi.

After performing to huge crowds in New Delhi, Kolkata, Bangalore, and Mumbai, the group returned home with the intention of re-working its sound, and stepping out of their comfort zone of 'Traditional' music and into a much broader scheme of musical thought. It was here that the Jazzy/Modern Fusions and arranging began! Still drawing from their Traditional backgrounds, and taking on a new line-up of instruments to predominantly include Banjo, Whistle, Bodhran, and Guitar, the group began arranging and working on their set-lists, which contained both new and old pieces of both the Traditional and the newly-composed. Playing several big concerts such as The Scarriff Harbour Festival, Waterways Ireland, 2012, the group opened themselves for bookings and played regularly in O' Shea's Merchant (Dublin), O' Donoghue's Pub (Dublin), and The Auburn Lodge Hotel (Ennis).

Following this, the group hit the recording studio, with the intention of putting a lot of time into their work in order to receive the outcome they wanted. However, an invite back to India for a second tour in early 2013 affected their recording progress, and it had to be put on standby. For the second tour, this time longer, they visited New Delhi, Bangalore, Mumbai, Kolkata (2 concerts), Chennai, and made a special stop-off in Colombo, Sri Lanka for one final acoustic concert before heading sleepily home to Ireland!

On returning, they have once again hit the recording studio, and also provisionally released a demo of their first single 'F' in Jazz' on soundcloud, which was immediately given the status of 'Track of the Week' on Tradconnect.com. From this recording also came an appearance on the Dublin Balcony for Balcony TV, as well as several performances around the country for the Gathering festival.

Joining Josh (Banjo, Vocals) and Brian (whistle, vocals) in the group are Mark Nagle (Guitar, Vocals) and Philip King (Bodhran), and their blend and style of musicianship blends wonderfully together!

With the release of an EP looming in the future and a promise of many packed-out gigs around the country, the only way to go is up for this innovative group and their unique take on folk music! 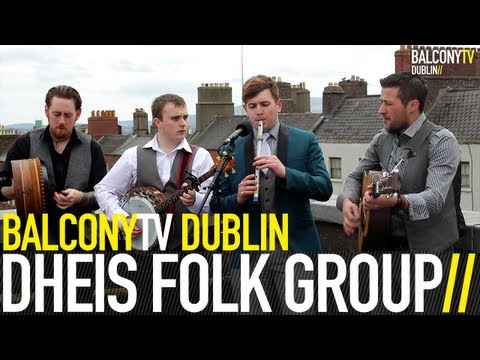