Damh (meaning ‘ox’) is the vehicle of a Donegal-born musician called David, who played guitar with Polite Records artistes Tiger & Panda on their Flicking the ‘V’s and Live at Café Kino albums, as well as several live shows in Bristol and London.

2014 saw Damh’s first release, the Toby’s Lament EP, which tracks the melancholy monologue of a surprisingly sensitive boy-racer, through a mix of lo-fi electro pop and plaintive acoustic chuggery. Of the former, ‘Soup Up’ has been remixed by Galapagos Dave and former An Axe frontman Chris Fever. Among the latter, ‘Middling Good Boy’ (accompanied by a promo set on Dublin’s Clontarf seafront) is a particular live favourite.

Damh has performed regularly at songwriter showcases in iconic Dublin venues like Sin É, the Mercantile and Whelan’s, the National Gallery’s Culture Night programme in 2014, and at the Donegal Bay and Blue Stacks Festival in 2013.

In 2016 Damh released a new single, 'Dust Road', which was hailed by musician.ie for its, "simplistic beauty." Its parent album, 'Passing', will finally see the light of day in 2018. 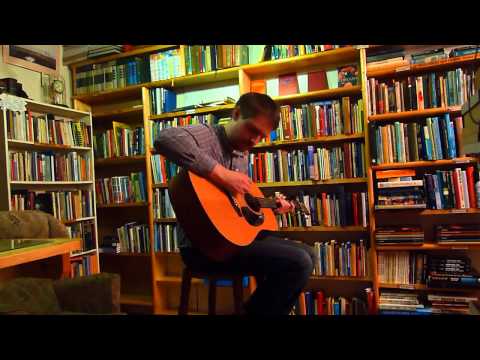