Based in Galway City, after a lengthy summer of sessions, jams, chance happenings, house warmings and house stormings, we found each other. It was clear from the start that we worked well together and after just one week of practice in full, we opened a festival. It worked, by the end of the first song we had everyone dancing their socks off, continuing to do so ever since.

Cúla Búla are a trad-rock band from Galway playing original music and their own arrangements of traditional Irish jigs and reels. They've toured all over Ireland in the last year, are busy over the summer with festivals and have a UK tour booked for October. About to drop their first studio album Isit? these guys are well worth paying attention to. 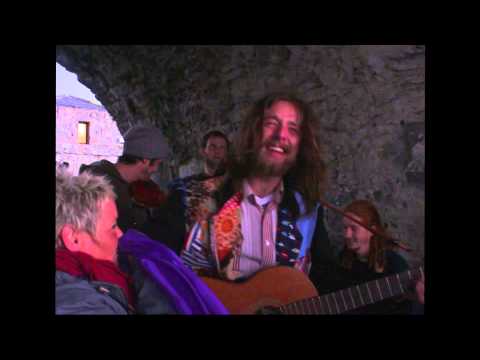