Hailing from the historic walled city of Derry, music has been ever present in Mason’s life from a young age. With three albums under his belt, and a fourth primed for release, Mason has now found his space on the musical landscape, conjuring the wistful wonderment of Elliott Smith, Grandaddy, Villagers and Matthew Jay.
Flowing gently by, amid a sea of hushed lilting vocals, whispering lyrical poeticisms and subtle instrumentation, Mason reveals himself master of hook, harmony and heart. At times fragile, tender and touching, his songs are paradoxically permeated by an air of richness and comforting warmth, yet shrouded in melancholy, and draped in Mason’s intuitive song writing and storytelling abilities.

'On The Surface' - the fourth album from Mason - was conceived, developed and rendered into life over eighteen months in his hometown of Derry, N. Ireland. In essence, it is an exploration living life with uncertainty; the highs and lows, curiosity and change, and significance, or insignificance, of humans in the universe - all told in his alluring, hushed lilting brogue. Understated and subtly refined, it is a record that doesn’t reveal all of its treasures at once, but with patience and repeated listens it will reveal itself to be beautiful, rich and assured album.

With his album ‘On The Surface' released on November 2nd via Armellodie Records (Glasgow, Scotland), he has released the new single ‘We Watched The Sky Rotate’; a perfect introduction to Mason’s delectable talents. A tender piano ballad, keys twinkle and waltz along a steady beat, as lush flowing melodies swell and swoon to illuminate his whispered introspective ponderings of the significance of our place in the universe.

Fragile, tender and touching, there’s a sense of awe, wonderment to ‘We Watched The Sky Rotate’, while the dripping melody and glowing immediacy of his voice will leave you with a warm, fuzzy feeling. 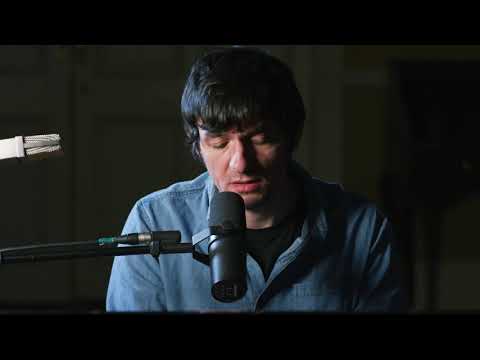