Conchúr White has kicked off 2020 with the release of a brand new single, ‘Bikini Crops’. Mixed by Matt Wiggins (London Grammar, Glass Animals, Horrors), Bikini Crops is available everywhere from today via Panoplea/Believe. The video for Bikini Crops has been beautifully animated by Brighton based director Tom Denney.

The new single follows the release of Conchúr’s debut tracks ‘Daisies’ & ‘Channing Tatum’ at the close of 2019. Those releases coincided with a run of tour dates supporting

Speaking about ‘Bikini Crops’, Conchúr shares: “Bikini Crops is quite a simple song. It's about the moment in a new relationship when you realise that you love that person and you reflect on how you have improved since meeting them. The distractions and tempta-tions that were previously enticing seem to have less of a draw”

Hailing from Co Armagh, Conchúr previously fronted the band Silences who achieved no-table success in Ireland. Upon parting ways last year, Conchúr felt an outpouring of crea-tivity and ended up writing and recording ten solo demo tracks in his bedroom over the course of just one month.

‘Daisies’, ’Channing Tatum’, and ‘Bikini Crops’ all came to life during this period and form the basis of his debut EP, full details of which will be announced very shortly.

May - The Great Escape, BRIGHTON 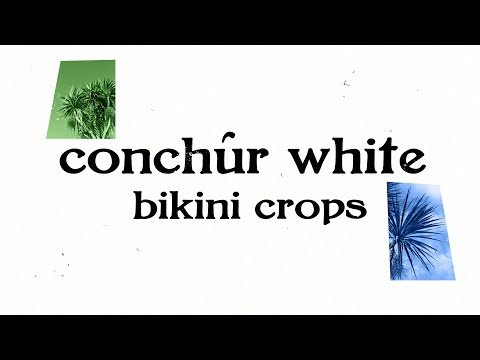