Columbia are a four-piece Indie rock band from Cork, Ireland who have set the scene in the south for a new wave of indie pop/rock music. The four members aged between 17 and 19 are eager to be the next big guitar band rising from the Irish music scene. As expressed by Mark Brimson (Big Boy Brunch Warwickshire FM) they are a ‘great band. Listening to them is a stark reminder of the great indie bands from the past.’
The band consists of Kevin O’ Brien as songwriter and rhythm guitarist along with his brother Mark on Bass, Brendan McKee on drums and lead guitarist Eric O’ Sullivan. Since the bands formation in 2016, they have had a consistent flow of positive reactions from audiences and bigger names in the music industry. The bands ever-growing catalogue of supporting gigs include the likes of Aslan, The Frank and Walters, Fallen lights and Heroes in Hiding. Their festival performances include Indiependence, Liverpools Soundcity, K-Fest, Hillfest and Townlands.
2019 marks the release of Columbia’s debut single ‘Shout it out Loud.’ The band spent weeks hidden away in the rural, midlands of Ireland recording 'Shout It Out Loud' and so far, it has gained attraction from Irish Radio stations such as RTE 2XM, Corks Red FM, 8Radio and KCLR as well as being featured on numerous Spotify Playlists. Jason Collins (8radio, KFM and East Coast FM), whilst giving a commentary on the bands new single said that they are ‘Corks best new indie-rockers,’ and that they ‘don’t disappoint with their latest single 'Shout it out loud'. Their lead singer sounds a little like Alex Turner meets Ryan Hennessy and with the band delivering behind him…I could easily see these being the next stadium rockers to come out of Ireland.’
Kevin O’ Brien, whilst discussing the message behind the song, says that ‘Shout it out loud is a song about getting out there and giving it your all and doing what it takes to make an impact in this industry. This industry is tough and nobody’s going to pity you. You gotta stay on your feet and fight your way through all the bulls**t.’ In response to a live performance at RTE 2XM, host Dermot Lambert said that ‘Columbia's power and substance bravely displays no fear of hooks and heartfelt emotion.' The bands growth from their first gathering to now has resulted in the formation of a unique yet modern sound, different from both their inspirations and anything else in the current Irish music scene.

To date, 'Shout It Out Loud' has grossed over 10,000 streams across all socials media and gathered national and international radio play.

'Summer' will be the second single released by Columbia. While they do not plan to release the single till weeks after there independence performance, it has already started getting airtime around Ireland on national radio stations. 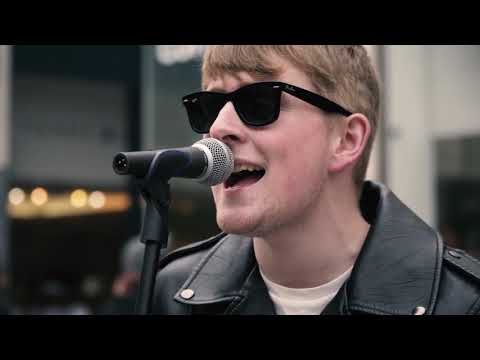 Shout It Out Loud