Americana & Rock N Roll. Hailing from Greenlough, Co. Derry & a purveyor of authenticity, Chris seeks to deliver a sense of musical integrity in any setting, Whether its in bars, clubs, festivals or in the studio, Chris aims to draw in the audience with a mixture of musical ingenuity and a workmanlike approach to his craft.

Released on March 9th, 2015, Chris’ debut EP, Crazy Bars & Fast Cars, was released to acclaim from press outlets such as Maverick Magazine (hailing Chris’ versatility as an artist) & the title track being featured in BBCNI's program "Love In A Day”. Downtown Radio drew particular attention to the EP’s “amazing” second single, ‘Danced in the Dirt’ & the accompanying video managed to debut at No.4 on CM&T’s international monthly music chart. This release was followed up with the 2017 single "Worlds Gone To $h!t" which as well has becoming a live staple drew more acclaim from local press such as Chorblossom & Gigging NI, in particular praising his fresh perspective & willingness to stick to his own brand off country rock. A second single Betty Don’t was realised in 2018 which was follow by more positive reviews ad touring.

The thing I like about Chris Madden is that he really doesn’t give a $h!t. He plays his own brand of raucous Country Rock and makes no apologies for it. The guitar is raw, the vocals are a drawl, the lyrics are a hoot…and yet strangely true. At a time when Country & Western is the biggest selling music on this island, it would be very easy for him to slick back his hair, tone down the swears, and rock like a wagon wheel. Thank $h!t he doesn’t.
– Al Gilmore – Chordblossom –

Danced In The Dirt is an emotionally composed tune with a profuse country vibe, an exceptional track
- Kelly Thompson - GiggingNI -

With a promising EP & thoughtful lyrics, Chris is a versatile artist that is hard to ignore
- Verity Moore - Maverick Magazine -
An exceptional EP, old school yet youthful, with songs ranging from foot tapping energetic tunes to mellow and emotional melodies, covering all areas of Alt. Country and Rock & Roll
- Chantelle Frampton - GiggingNI - 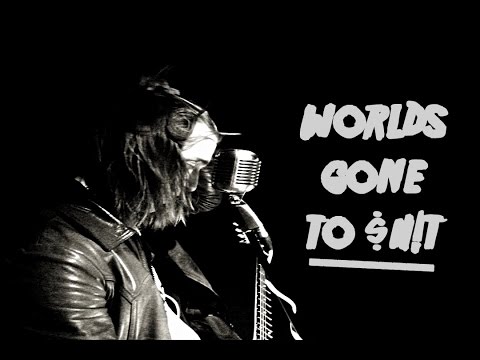 Worlds Gone To $h!t
Betty Don't
Danced In The Dirt
When You Hit The Ground