2011 saw Cars Love Girls crash onto the Irish music scene with a verve that was impossible to ignore!

The brother and sister duo featuring Bres (guitar, vocals) and Orla (vocals) released their debut single ‘Lose Your Mind’ on October 14th 2011 to huge support from the critical mass, having already built up a steady fan base throughout an all encompassing Irish tour with former Blizzard’s front-man Bressie.

In the months following Cars Love Girls racked up appearances at some of the paramount showcase events on the Irish calendar in 2011, such as Hard Working Class Heroes, the IMRO showcase and FM104’s ‘Help A Dublin Child’, while also making time for a headline gig in Dublin’s Crawdaddy and supporting The Corona’s at their sell out Olympia show. And it wasn’t long before buzz from the gigs broke through to the media, with Cars Love Girls garnering honourable mentions from Hot Press, U Magazine, The Irish Times, The Mirror and The Dubliner to name but a few!

But who would have expected anything less from a brother and sister duo that cut their musical teeth in The Republic of Loose, one of the greatest Irish bands of the past decade (knocking out two top ten albums in the process)?

As a founding member of the Loose, Bres co-wrote some of the bands hit singles (You Know It, Comeback Girl, The Steady Song, I Like Music). Orla joined as a female vocalist in 2006, while also working hard behind the scenes in the music industry. They toured together extensively in Europe and the U.S, even landing a historical supporting slot with U2 on their 360 tour in Croke Park, Ireland.

Combining their shared love of Retro R’n’B and Pop, the duo’s sound has developed from a vast array of influences including Prince, Prefab Sprout, Hall & Oates, The Time and Steely Dan.

Bres and Orla spent the past year penning their debut album ‘Skip School’; an energetic funk-fuelled nod to those who find their own path in life. The 10 track collection was recorded over six months with the help of renowned Jazz drummer Diego Ramirez, bass player Eamon Griffen, Declan Quinn (Republic of Loose) and Phil Hayes (Bell X 1 / Delorentoes), with final touches provided by one of the most prominent names in mastering Bernie Grundman (Carol King’s “Tapestry”, Steely Dan’s “Aja”, Michael Jackson’s “Thriller”, Prince’s “Purple Rain”).

The album opens up with the introductory ‘Whats On My Mind’, a short musing on times gone and times to come, and it serves perfectly as a taster for the pop delicacies that it precedes. From here the album moves from track to track dealing with the highs and lows of relationships and everyday issues, from disgust at rejection (Never Gonna Get It), to imagined affairs (Street Song) to the art of bunking a party (Left us Sly); and the common theme that ties it all together in a perfect pop bow, is the unwavering positive upbeat vibe. Tracks ‘Cars Love Girls’ and ‘Lose Your Mind’ grab you hook line and sinker, emanating Prince at his most purple and quite possibly serving as the best funk to come from these shores to date.

Cars Love Girls are getting set to release brand new banging single ‘Future Ex Wife’ on March 2nd, followed right up by the album ‘Skip School’ on March 9th. If you’re looking for a favourite summer jam for 2012, we guarantee this’ll be the one you have pumping from the car stereo. Play it loud! 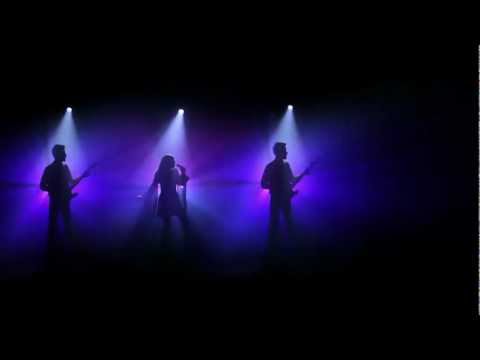