Born in Bolton, England, in 1974, Brendan spent his childhood years growing up in the picturesque seaside fishing village of Killala, in Ireland’s Co. Mayo.

The son of a returned immigrant Father, and an Irish descendant Mother, Brendan’s interest in Folk and Ballad music began at a very young age. The Farrell household was one which was alive with sounds of The Dubliners, The Clancy brothers, Tommy Makem, The Furey Brothers, Davey Arthur and many more.
As a child and young teenager, Brendan spent many hours listening to the large collection of 33’s and 45’s that been amassed by his parents. Included in the collection were many Folk influences from America, Scotland, England and Australia. These song’s still frame and inspire Brendan’s writing and performing.

Brendan’s first attempt at writing a Folk and Ballad song, ‘Nowhere Else’, was created to help him master some of his first guitar chords, and it still features in his live performances today. It is estimated that Brendan has, to date, penned somewhere in the region of 700+ original songs, and he continues to generate at least one new song each week.

In recent years, Brendan has developed a strong interest in stage drama and presentation, particularly historical accounts of factual events.

Coming from such a rich historical area of North Mayo, Brendan turned his attentions to recounting the horrors of the 1840’s Great Hunger in his area. Commonly referred to as The Potato Famine, Brendan has created an original story named ‘Take Me Home Colleen’. A stage-show which contains 13 chapters of original story telling, each chapter being followed by a live rendition of an original Folk and Ballad song. This new show has been performed both in Ireland, and in North America.

Asked about the inspiration behind his unique creation, Brendan stated that ‘I felt that there was a really important story to be told here, a story that we seem to be having trouble reflecting on. The truth is that I believe that the victims of this atrocity have become faceless and nameless in many cases. With so much accurate accounting of actual events at the time, by the story tellers and journalists of that age, with library’s full of facts, testimonies, inquests and national records, I decided to collect the facts, and represent them in the form of a story based on two fictional characters. The lead characters names are made up, but everything that happens to them is based on true stories, real events, historically accurate.’

‘My own story is one that is similar to many others – I found myself in a state of depression a couple of years ago – following a traumatic situation, and it was hard to get motivated again. I worked on myself and managed to get back to a place where I was once again operational. One night in March 2018, while flying home from America, and half way across the Atlantic Ocean, I woke up on the plane, and it hit me that I should combine the artistic loves of my live, Music, Storytelling and history, and create something to get my brain motoring again. By the time we landed in Shannon, I had a concept, a vision and a plan.’
6 months later, ’Take Me Home Colleen’ was ready!

‘It did take a visit to very dark place though, to finally find the colour that I needed in my mind to write quality songs and music again.’ 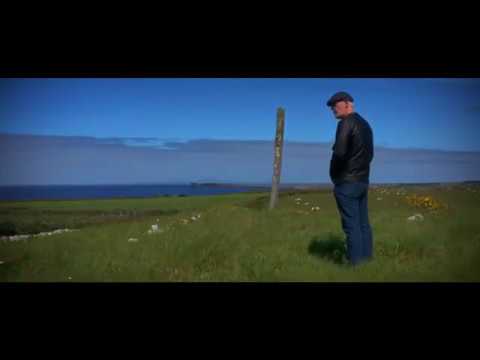 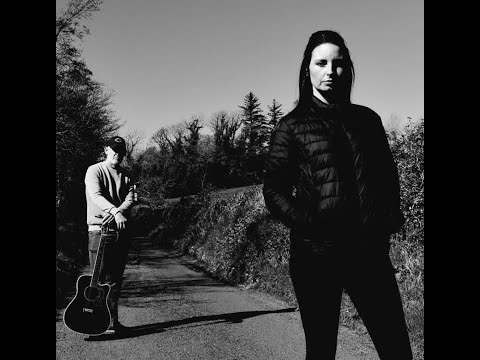 My Land Is Dying