Blushing Boy is the moniker of artist Ella Naseeb, a singer-songwriter of Irish-Pakistani heritage. Combining a love of indie rock with escapist dream pop and eerie soundscapes, she writes ambitious, frank, and insightful songs documenting relationships, self-reliance, her culture and identity, and the stories of life around her.
Juxtaposing introspective lyrics with upbeat choruses, pop culture references and trip-hop production, Blushing Boy blurs the classic with the current, channelling nostalgia while teasing her audience with glimpses of something distinctly new.

Hailing from Dublin, she credits both her city and her bicultural background for inducing a love of storytelling, and the need to look at an idea from many angles. Naseeb, with her four-piece band, as Blushing Boy, thrive on experimenting with the genre, characters, atmosphere and concepts expressed within each release. Drawing on the fearless lyricism of Billie Eilish and and the gentle intimacy of artists like Julia Jacklin and Phoebe Bridgers, Naseeb has created her own brand of surreal yet relatable songwriting that she presents to us today as Blushing Boy.

Blushing Boy's debut single 'Consumer' lit up the internet, building excitement around the newly formed band and getting support from blogs in Ireland, the UK, Germany and the USA, with airplay from John Barker on Totally Irish 98fm and Tara Stewart on RTE 2fm among others.
The outfit were featured by Hot Press as one of their ‘Hot For 2020’ picks, by The Last Mixed Tape as one of '10 Emerging Artists in 2020’, and as part of the Whelan’s Ones to Watch 2020 showcase. With an upcoming London date for Sofar Sounds, a headline show and their sophomore single ‘Lolita’ set for release April 24th, they have an exciting few months ahead.

Recent gigs include:
Whelan’s Ones to Watch 2020
Take Your Tonic with Sprints and Pixie Cut Rhythm Orchestra
We Are Workmans with Synk, Thumper and Otherkin

“With the track’s irresistible bassline and strident lyrics, they are generating a serious buzz” – Hot Press

"A compelling debut... Naseeb’s delivery throughout it is superb" - Nialler9

"An incredibly immersive and impressive debut, 'Consumer' highlights Blushing Boy as a band with a firm grasp on their sound and serious potential for their future" - The Last Mixed Tape 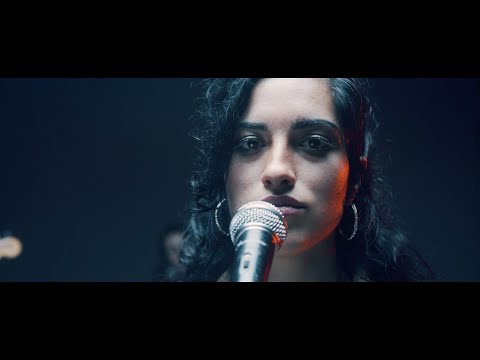