‘Without music, life would be a mistake.’ Friedrich Nietzsche

A pseudonym for two musicians/songwriters Eugene O’Callaghan & Dave O’Keeffe, both hailing from Co. Cork. Both musicians have a wide range of influences which include Iron and Wine, Ben Harper, Bon Iver, Missippii Delta Blues, Josh Ritter, Radical Face,The Villagers The Doors etc.
Their own music is based in the Alternative / Folk genre.

Having gigged together for a number of years, a collection of songs has been created along the way. Form this in 2012 the duo decided to pull together ideas, melodies & lyrics culminating in their debut album ‘Maps’.

Before The Ghosts album ‘Maps’ will be launched, in An Bodhrán, Mitchelstown Co. Cork on November 3rd 2012.

Their wide range of musical influences can be heard throughout the album. The opening track ‘Gone to Sea’ has a haunting, soulful quality. ‘For You’ is a delicate gem that stays with you long after the song is finished. ‘So Uninvited’ mixture of folk rock, ‘The Sweetest Hour’ melody that will hook you.

These songs are complimented by ‘Maps Undone’ ‘Always’ ‘Jesus for Dinner’ ‘A year for voices’ ‘White Shadows’ & the album is beautifully finished by ‘Ground from which we grow’.
Having already played Indiependence 2013 and with the likes of Paddy Casey, Jack L, Ham Sandwich The Proclaimers & Frightened Rabbit, Before The Ghosts are now undertaking their own journey

But the best way of describing this collection of songs… is to have a listen for yourself & enjoy. 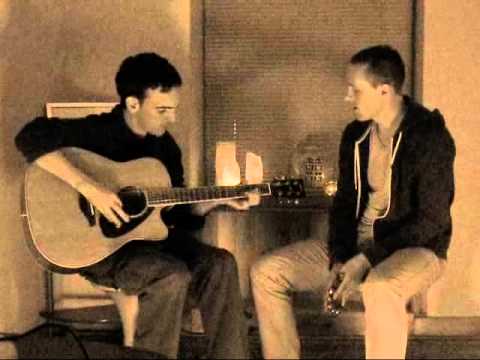