Awkward Zandi (Awkward Z.) is a hip hop artist who defines his generation through his music. Originality is key in Zandi’s recordings as he tries to connect with his audience through topics that matter to them.

Originally from Johannesburg, South Africa, Zandi moved to Ireland at the age of five. His parents always encouraged him to express himself in different forms, whether through art, dance or music and has been performing for most of his life.

The Wexford artist began writing and recording tracks in his bedroom when he was 16 being influenced by the up and coming Irish hip hop scene. He moved to Waterford in 2015 and it was there he was encouraged by friends to start sharing his music. His YouTube and SoundCloud channels soon became very popular and Awkward Z. became a well known name in the Waterford scene.

Rotating around unique harmonies, word play, snug delivery and non-explicit lyrics, Awkward Z. differs from other rappers and displays his use of melodious rap flows with real lyrical content. Although his influences in Kendrick Lamar, Migos, Travis Scott, Drake and J. Cole are evident, Zandi’s style sets itself apart from anything else in the Irish hip hop scene.

Since releasing his first two singles 'Secrets of Love,' and 'Wildin',' Awkward Z. has received air play on RTÉ Pulse and was named as Beat 102 103’s Play Irish Artist of the Week in August 2018. He has also received enthusiastic reviews from The Lab TV Ireland and Rhyme Junkies.

Zandi’s hopes for the future are to continue recording tracks with the same energy that connect with people of his own generation and to be a voice for them.

“Only Awkward Z injects his sound with his distinctively fluent sonic momentum, a kind of infectious impetus making his music a showcase for harmony.” – Rhyme Junkie 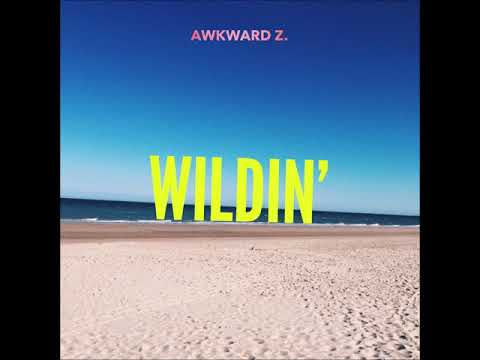