Aoife Wolf is a singer-songwriter from the Midlands. Her music blends elements of folk and alt-rock with lyrical content that draws on surrealism to translate the tangled world of the human mind.

Aoife has been influenced by the musical stylings of Jefferson Airplane, Kate Bush and Pj Harvey. Haunting vocals accented by frequent collaborator Paul Corrigan's off-kilter electric guitar lines make for an an arresting live performance which has brought them to play to captive audience in Irish venues such as Whelan's, the Roisin Dish and even further afield with a run of gigs in Germany.

2019 is a busy year for Wolf who is gearing up for her first full band performance at Arcadian Fields Festival. She is currently rehearsing for an interactive live performance collaboration with Erbidae Dance Troupe which will be performed on Culture Night. Aoife and band will be recording her debut EP in the Analogue Studio in the idyllic setting of the Mourne Mountains for release early next year. 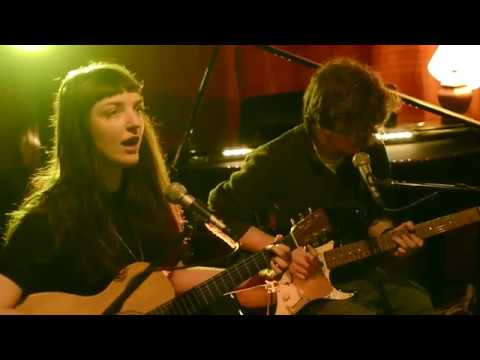