Amano is a Dublin based vocalist and song-writer, originally from the beautiful Killarney, Co. Kerry.

With a distinctly acrobatic vocal, Amano creates an ethereal live atmosphere, engaging audiences with intricate guitar work and songs which are lyrically enchanting, honest and observant.

Born in Japan, Amano moved to Ireland aged one and grew up with her Irish Mum and Grandparents in Killarney. Musical influences started at home with conflicting loves of Sean-nós, Hollywood Musicals, Rock and World Music surrounding her from a young age. Amano channels her eclectic influences into a serene sound while maintaining a dominating aura of personality and allowing the tunes and tales from her early years to join the new during her live sets.

Amano kick-started her live music journey aged 17 and since then has played across Ireland's most prolific venues, including support gigs at Whelan's live (Little Hours/ The Academic), Cypress Avenue (Orla Garland), Abner Brown's Barbershop (CC Brez), K-Fest (SOAK) and Academy II (Lauren Aquilina) as well as being selected for major showcase events namely, Guinness Amplify (Coughlan's live), the Other Voices Music Trail (Dingle), The Ruby Sessions, Youbloom and Canalaphonic. In addition to solo shows Amano has also joined Irish hip-hop acts, Dah Jevu and Anti-One on stages from the The Workman’s Club to Electric Picnic as well as in studio.

Selected by the Guinness Amplify expert panel (including Stuart Clarke & Nialler9), Amano received funding to record and release her debut single, ‘Skies’, in April 2015 and it was met with glowing reviews. This song, and a host of impressive live performances saw Amano reach the final shortlist for ‘Best Female’ at the Pure M Awards 2015 where 'Skies' also received nominations for Song and Video of the year. In August Amano was named by Hot Press Magazine as one of Ireland’s 12 most promising young “tunesmiths” and a spot on the Other Voices Music Trail topped off what can only be described as an incredible year for the Kerry songstress.

The future looks bright for Amano, who is currently demoing her debut EP, “Compass” set to be released in early 2016.

On 'Skies': "[...]her inaugural effort represents an early triumph for Amano. She is an artist who undoubtedly has the potential to go the distance." 5 stars from Dave Simpson - Pure M Magazine

"‘Skies‘ is an incredible introduction for anyone new to Amano’s original music. The song shows us her style which holds a unique tint without being too alienating to the casual music listener. " - Fortitude Magazine

"It's a beautiful track and video, there are early signs of potentially great lyric writing [...] and Amano certainly has a strong and harmonious voice." - Remy's Music and Film

"People sticking videos of themselves singing their favourite songs on YouTube is commonplace. What's rare is that they have a voice as stunning as Amano's."
Stuart Clarke - Hot Press Online 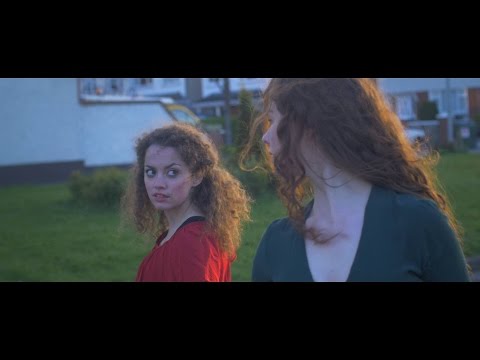