Tania Notaro, is a Dublin based singer/songwriter, whose versatile voice sees her singing varying genres of music such as Rock, Motown, Blues and Jazz, throughout the country.

Tania started studying Traditional and World Music at Ballyfermot College of Further Education, which broadened her musical spectrum. Continuing to study Music Production, she enhanced her skills as a producer and opened up an alternative world of creativity. After playing in numerous bands around Dublin, she is finally doing it solo.

Upon release of her first solo EP ‘Blind & Bound’, Tania has set temperatures soaring. With racy lyrics from songs such as ‘Someone Has To Come’ and sultry vocals from ‘We Are Lost’, she will most definitely leave you wanting more and melting in the palm of her hand.

Tania is gaining a large fan base and has nabbed the attention of Bon Jovi’s guitar player Richie Sambora, who invited her to sing with him at his Olympia show, Dublin. She has been nominated for best solo female artist 2015 for Pure M awards and came second in The Hard Rock Cafe’s All Ireland battle of the bands. Tania has recently been accepted into The Discovery Gospel Choir, a prestiges pro integration and anti-racism group who have sang for the likes of the Dalai Lama and Desmond Tutu.

She is now working with a London based producer and is set to bring her music overseas. Catch one of Tania’s powerful and energetic live performances in numerous venues throughout the city such as The Gypsy Rose where she holds a residency every Thursday night, or catch her singing with the Discovery Gospel Choir. You won’t be disappointed. 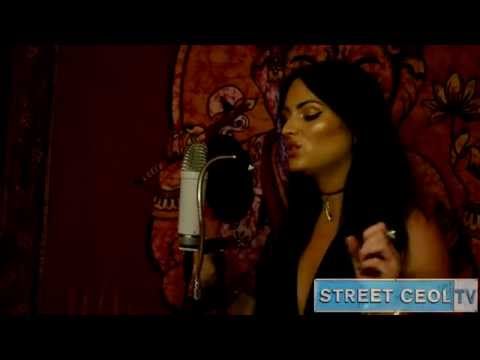