With their roots deep in the Irish underground music scene (the line up consists of former members of Drainland, Crows,New Gods and Vircolac), the four Electricals initially came together to try and meld their collective histories in hardcore punk and extreme metal with their shared love of melody and pop song structures. The end result, as heard on their debut release the "Healing Services" ep released in February 2020, is the sonic equivalent of being high fived and slapped across the face at the same time.

Their music is as exhilarating as it is pummeling, with pop infused riff fests like "Heat Death" sitting as comfortably next to the melancholic calm of "Pavarotti" as they do the outright bludgeon of "800 Bodies". Wrap it all in up in shards of guitar noise DIY spirit, a frantic rhythym section and blackly comedic tongue in cheek lyrics, and you've got Electricals. Although they've picked up comparisons to the heydey of the Sub Pop and Amphetamine Reptile labels, the band's blatant disregard for sticking to genre rules is clear.

Having formed in late 2018 the band broke cover in Sep 19 before a handful of gigs around the country with fellow travellers such as Third Island, Horse, Partholon, and Grief Eater. Heavy as they are sonically, their live shows are a high energy, fun affair that have garnered them a fast growing reputation as an unmissable live act.

"Like Godflesh covering Jawbreaker after a bag of cans" - SOME LAD

"Electricals lays an interesting trajectory for itself right out of the gate. HEALING SERVICES EP sounds like at least 2 sources bringing material to the table, and where it could very easily be one big stylistic mess, the band articulates the conflict of creative elements successfully" -SCATALOGIK.COM 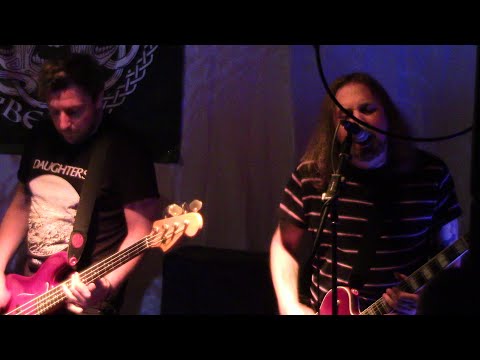